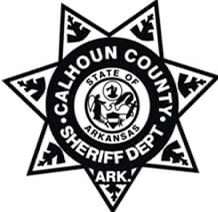 On September 23, 2021, Charles Martin, an excavator operator employed by the Arkansas Gravel Company, struck an anhydrous ammonia (NH3) pipeline, which caused the release of over 4,400 pounds of NH3 to the ambient air.   As a result of the release, multiple local, state and federal resources were deployed to the Hampton, Arkansas area.  The operator of the pipeline, NuStar Energy, shutdown all flow of the pipeline, which runs over 2,000 miles from Louisiana to Indiana and Nebraska, until full repair was completed on September 28, 2021.  Furthermore, evacuations were initiated within a 2.5-mile radius of the leak which affected over 180 residents and involved the closure of several miles of highway.  Based on information obtained to date, it appears Martin moved an excavator 1/3 of a mile from a directed dig location and situated the excavator directly on top of the NH3 pipeline, which was well marked.  Martin commenced to dig without authorization and struck the pipeline on at least two occasions prior to the rupture.  Several individuals experienced respiratory distress upon being exposed to the release of the NH3.  In concentrated form, NH3 is caustic and hazardous and can cause chemical burns.  It is toxic as a gas or liquid and is corrosive to human tissue. Exposure in large quantities can be fatal.  Remediation costs to date have totaled over $700,000. This criminal investigation is being worked jointly with the Calhoun County Sheriff’s Office and the U.S. EPA Criminal Investigation Division. On October 29, 2021, investigators took Charles Martin into custody pursuant to an arrest warrant for violation of Arkansas criminal statute 8-4-103 (a)(3)(B) in violation of the Arkansas Water and Air Pollution Control Act. Charles Martin was taken before a judge and given a bond.