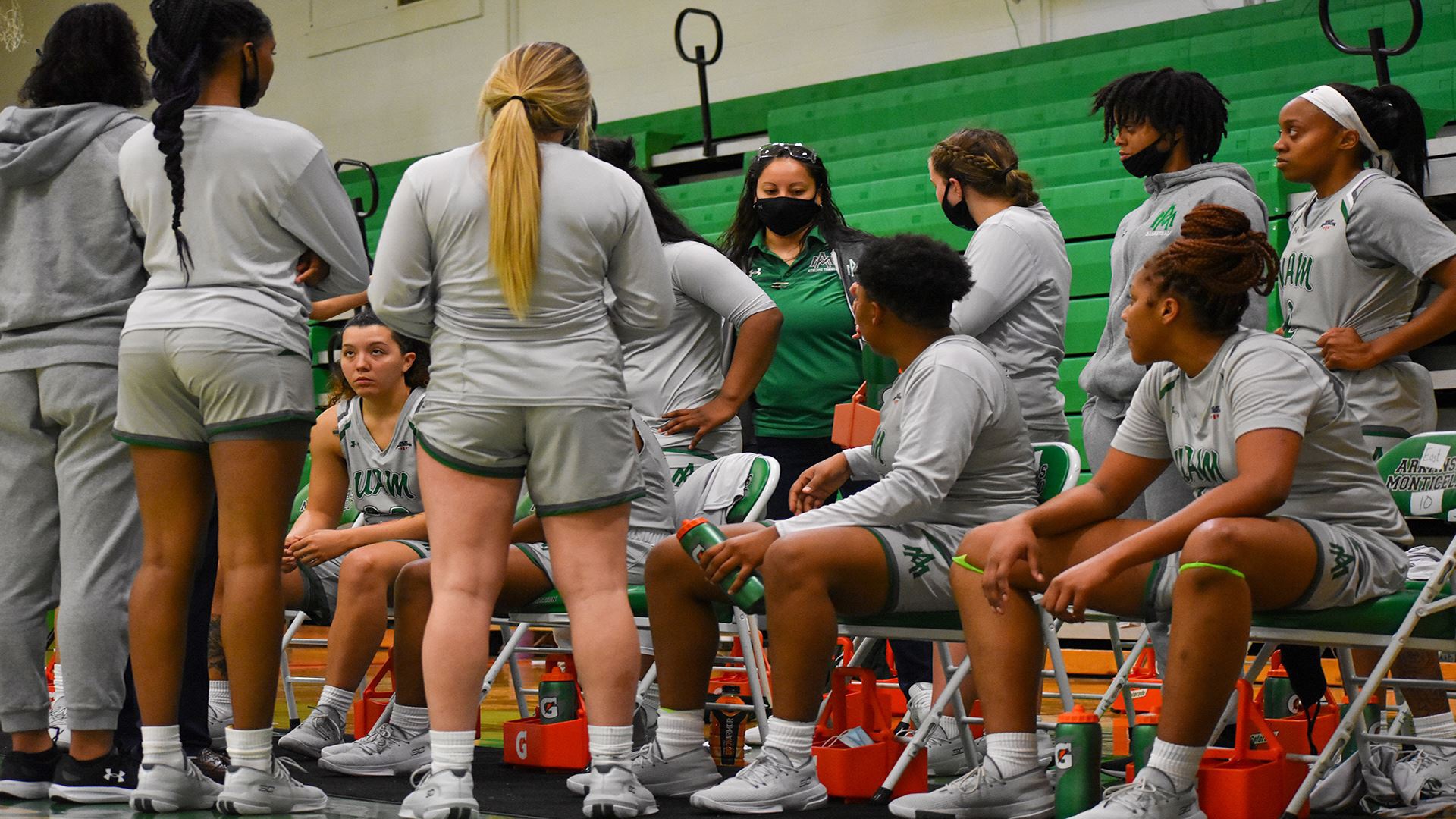 The University of Arkansas at Monticello women’s basketball team falls in their second contest of the year Saturday 90-67 to Lincoln University of Missouri.

The first quarter started out very slow for the Blossoms, as the team couldn’t seem to have any shots falling for them. They fell behind early and were only able to put up 14 points throughout the entirety of the quarter. UAM trailed 32-14 as it came to an end after the Blue Tigers scored in the final seconds.

The second quarter was a much better match up as both teams were fairly matched in their points scored. UAM would score 20 and LU would put up 26 as the first half came to an end.

The third and fourth quarters were very similar as both teams struggled to put points on the board. The Blossoms did manage to outscore the Blue Tigers 16-15 in the third quarter, but would match them 17-17 in the fourth. Even with Monticello finding their best efforts, they were unable to take back the lead that LU had built throughout the first 3 periods. UAM finished out the match with a final score of 90-67.

Taylor Flores finished as the leading scorer for the Blossoms tallying 23 points in the game.

UAM will be back in action Tuesday evening for a 6:00 p.m. contest against the University of Arkansas Fort Smith at Steelman Field House. This will be the first UAM WBB home game of the season!