MONTICELLO, Ark. – The Great American Conference released its coaches poll on Wednesday afternoon and UAM was voted to finish in eighth, receiving 90 total points in the preseason ranking.

UAM was 15-23 overall and 14-19 in conference play before being eliminated by Southern Arkansas in the first round of the 2021 GAC Tournament.

The Blossoms bring back two of their top hitters from a squad that scored 166 runs in 38 games of the 2021 season. Bailey Camp and Madison Morrissey paced the offense hitting at least .313 with 21 hits or more when the season came to end in the first round of the conference tournament. Bailey Camp led the Blossoms with a .354 average and a .432 on-base percentage.

The Blossoms open the 2022 season as they travel to Ouachita Baptist to face Cameron University in their Mike McGhee/Ronnie Hawkins Classic Tournament opener, Fed. 5.

UA Trustees Praise Resiliency of System’s 17,000-Plus Employees Amid Pandemic 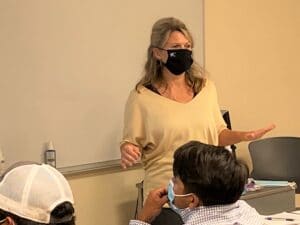