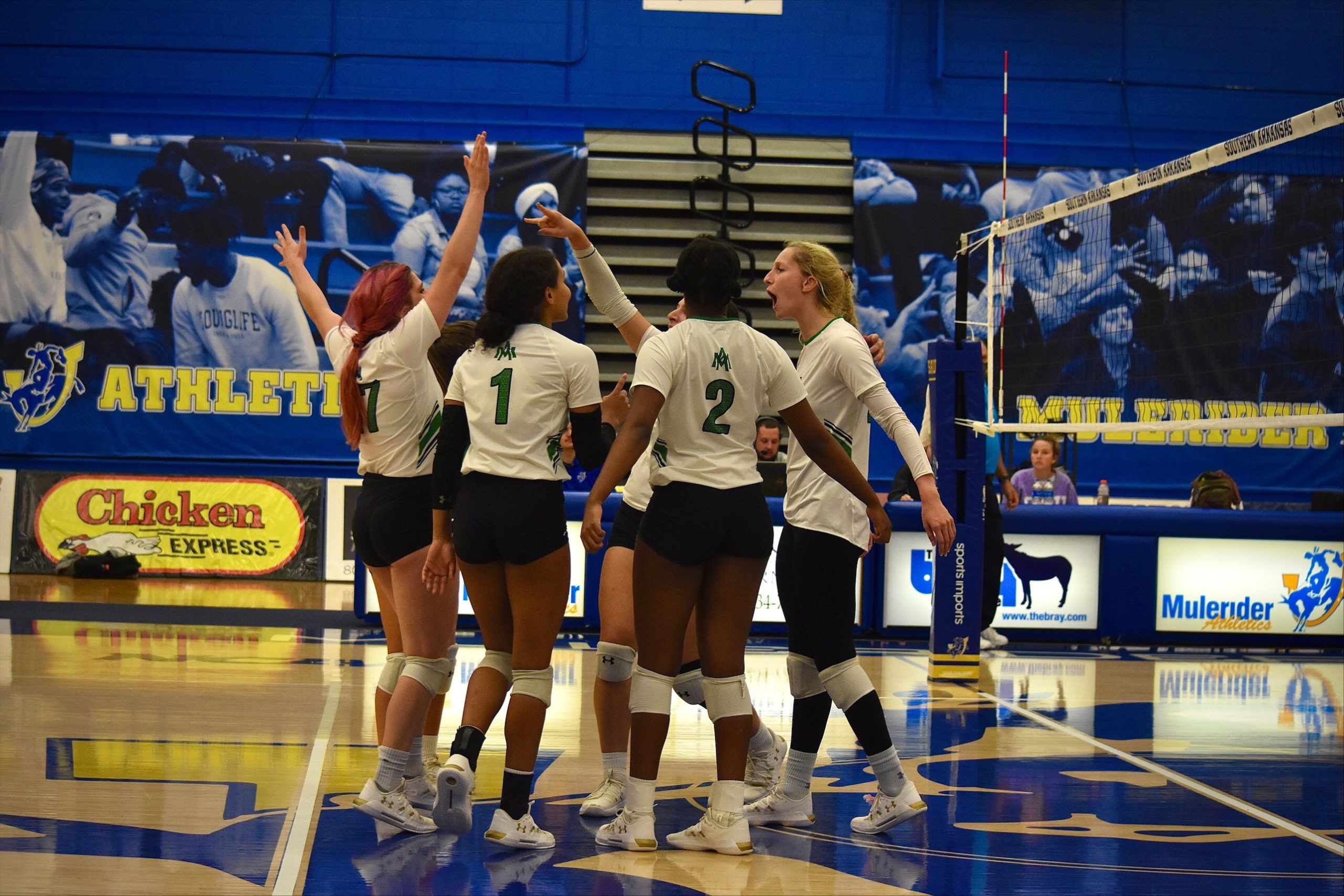 MAGNOLIA, Ark. – The University of Arkansas at Monticello volleyball team wins a close five set match over Southern Arkansas in their second conference match against each other, in Magnolia, Arkansas on Tuesday. UAM showed their will to win as they went set for set with the Muleriders, winning the match 3-2 with incredible style.

With the win UAM improves to 9-17 overall and 3-10 in Great American Conference play on the season.

In the first set UAM scored first, but SAU was quick to fire back and keep the score close for the entire set. The lead would change six separate times and tie nine times throughout as well. In the end, the Muleriders would take the lead to win the first set 25-22.

Both teams continued to fight hard in the seconds set, trading back and forth on who would come out on top. UAM would take the lead and managed to break away from SAU early in the set. SAU fought hard, but a 5-0 run and a 10-1 run helped establish a 25-19 win on the set.

In the third and fourth sets again showed the fight each team had in this match as both teams would keep the matches, but an 8-0 run at the end of set three gave the Muleriders the set in the end with a score of 26-24. The Blossoms would come back and win set four 25-22.

As the fifth set was coming to the end with SAU up 14-11, it seemed a though they had the match in the bag. Not ready to give up, the Blossoms rallied back with a 5-0 run to take back the set with a 16-14 victory, and inevitably winning the match 3-2.

UAM was led offensively by Riley Krenek, Jamie Agnew, and Faith Wilson as they each had double digit kills. Krenek leading the way with 16 kills, while Jamie Agnew and Faith Wilemon followed closely behind with 12 and 10 kills.

Mia Smalls led the team tallying 32 assists in the contest.

On defense, UAM was led by Katelyn Richbourg with 29 digs.

UAM heads to Arkadelphia, Arkansas Thursday, Nov. 4 for a conference match up with Henderson State University. The Blossoms are scheduled to play HSU at 6:30 PM that evening.