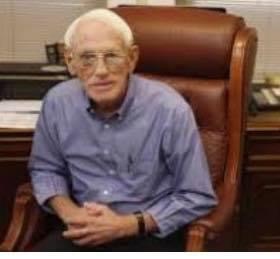 Jack went to be with our Lord and Savior on November 18 at Drew Memorial Hospital in Monticello, AR.
He was born on December 29, 1939 in McGehee and grew up in Arkansas City, AR. He was a deacon in First Baptist Church in McGehee for many years, an avid duck hunter and a natural born leader. He graduated from Arkansas City high school in 1957 and then from Ouachita Baptist University. He was the director of Desha County Dept of Human Services for 34 years, Mayor of McGehee for 8 years and Desha County Judge or 2 years. Jack had a deep love for Desha County and the people there. Serving God and people were his passions. He was a member of the McGehee Mens Club, McGehee Industrial Foundation, American Legion, McGehee Chamber of Commerce, former McGehee Man of the Year, and Owlfest Committee. He was instrumental in establishing the Veterans Memorial, the WWII Japanese American Internment Museum and the restoration of the railroad depot.

He is preceded in death by his parents, Earl and Mary Alice May and his wife of 51 years, Linda May.
He is survived by two daughters, Heather (Dale) Williams of Springdale, AR and Holly (Daniel) Ardoin of Greenbrier, AR. Two grandchildren, Andrew and Reagan Williams of Greenbrier, AR, two step-grand daughters, Abigail (Jonathon) Weatherford of Russellville, AR and Tabitha Ardoin of Greenbrier, AR and four step-great grandchildren. One sister, Jill Lawhon of Little Rock and very special friends, Greg and Betty Dennis.

There will be a graveside service on Saturday, November 21 at 2pm at McGehee Cemetery with Bro Rick Miller presiding. In lieu of flowers, memorials can be made to First Baptist Church of McGehee, P.O. Box 133, McGehee, AR 71654.