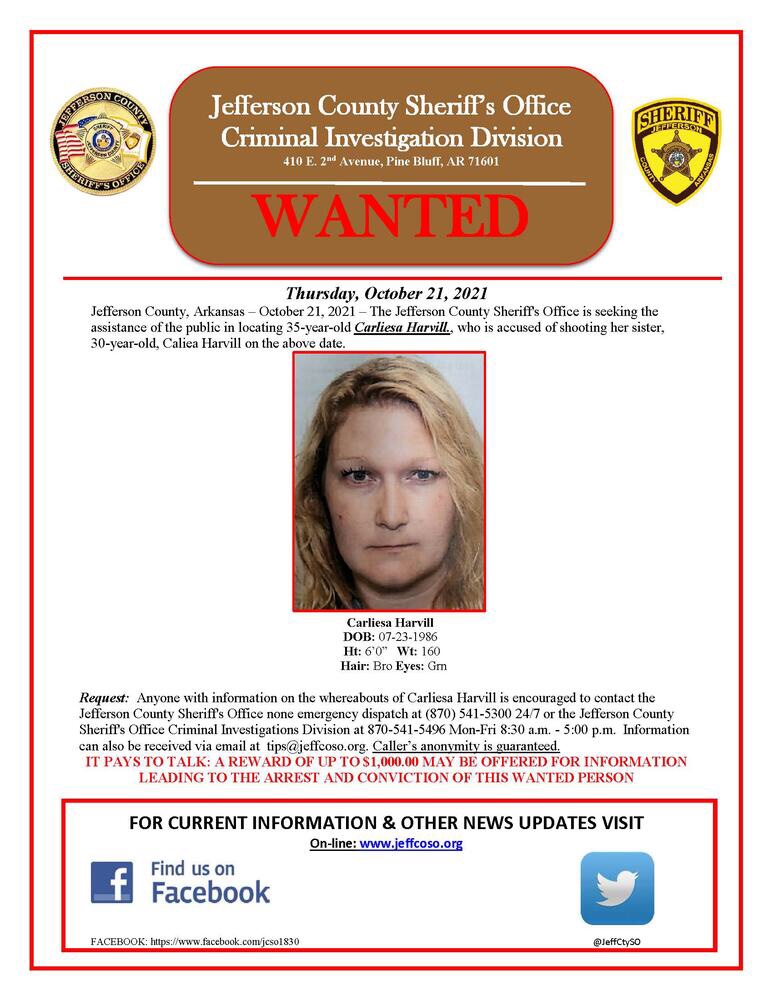 Jefferson County Sheriff’s Office deputies and criminal investigators responded to the 9000 block of Pine Meadow after being dispatched to a domestic disturbance involving sisters.

Upon arrival, deputies and investigators learned that 30-year-old Caliea Harvill had allegedly been shot by her sister, 35-year-old Carliesa Harvill, and transported by private vehicle to an area near Highway 104, where a helicopter landed and med flighted her to a Little Rock area hospital.  The victim’s medical condition is unknown at this time.

Carliesa Harvill fled the scene prior to the arrival of deputies and investigators and is still at-large.  At the request of the sheriff’s office, tracking k-9’s from the Arkansas Department of Corrections were requested and arrived immediately after to begin a ground search for Carliesa Harvill.

Anyone with information on the whereabouts of Carliesa Harvill is encouraged to contact the Jefferson County Sheriff’s Office none emergency dispatch at (870) 541-5300 24/7 or the Jefferson County Sheriff’s Office Criminal Investigations Division at 870-541-5496 Mon-Fri 8:30 a.m. – 5:00 p.m.  Information can also be received via email at  tips@jeffcoso.org. Caller’s anonymity is guaranteed