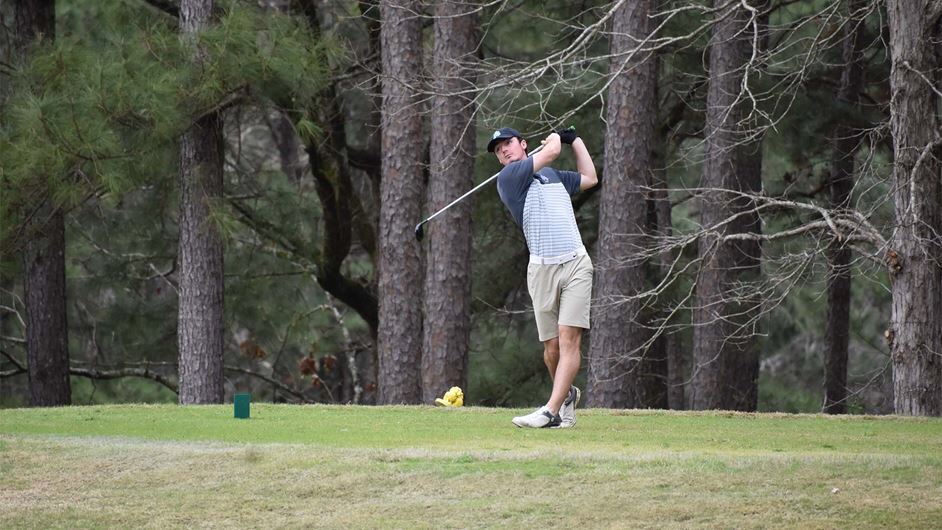 HOT SPRINGS, Ark. – The University of Arkansas at Monticello men’s golf team returned to the links for the final day of the Battle for the Belt. The Weevils improved by seven strokes over their previous 18 holes to finish in ninth place for the tournament.

Carson Garner continued his consistent play today as he fired a final-round 73 (+1) to record a top-25 finish in the individual standings.

Andrew Pearson saved his best golf for the last day of the tournament as he posted a 75 to finish with a 228 three-round score.

Julian Audibert drained a putt on his last hole to tally a final-round 77 and tie Pearson’s 228 three-round total.

TJ Baker finished his play at the Hot Springs Country Club with a 79, while Ethan Bearden carded his best score of the tournament by posting a final-round 78.

UP NEXT
The UAM men’s golf team returns to the course on Oct. 18 for the Sixth Annual Ranger Fall Invite. The two-day tournament will take place at the Meadowlake Golf Course in Enid, Oklahoma.