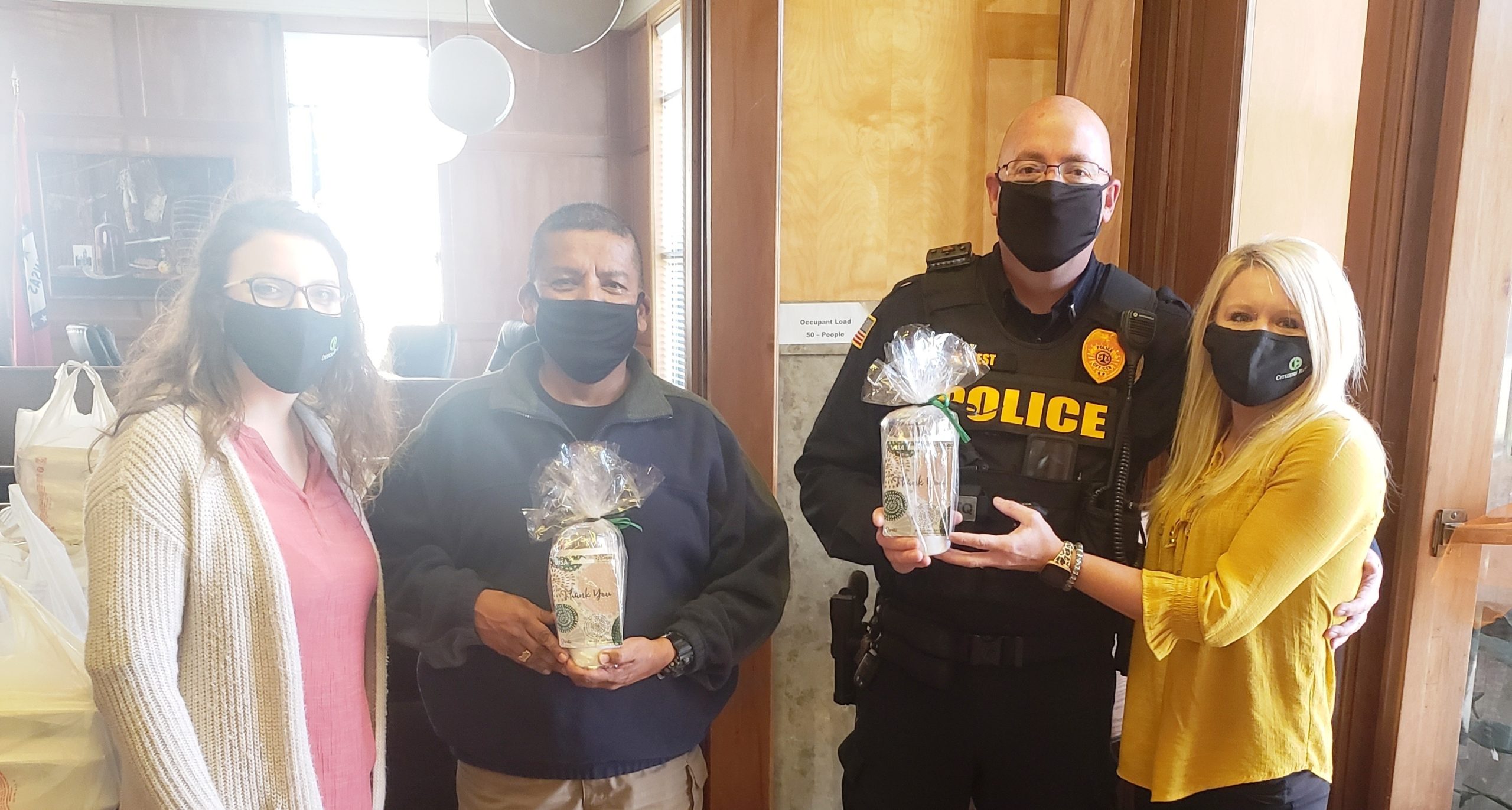 You might not think about all the things a bank must move when it relocates into a new branch facility.

To open for business recently at our sparkling new financial center at 236 U.S. Highway 425 North in Monticello, bank staff members had to move everything.

Not just safe deposit boxes and the contents of the vault. Not just files, deposit slips, pens and pencils. Everything. Including the money.

Officers William West and Carlos Garcia of the Monticello Police Department came to the rescue.

William and Carlos had served as armed guards to protect the vault contents and other valuables that were transported from the old branch to the brand new building after the bank closed on Friday, Oct. 2.

After it appeared most everything had been moved, remaining were dozens of extremely heavy bags of coins that needed to go, too.

William and Carlos volunteered, after hours and off the clock, to help move what easily qualified as a ton of coins.

“They were with us for several hours, moving several carloads of coins,” said Robin Knowles, Retail Branch Manager. “They took time off to help us when they could have been with their families. And they wouldn’t let us pay them.”

Robin and Consumer Loan Officer Tayler Bolen recently surprised Officers West and Garcia with gift cards and Citizens Bank cups as a token of the bank’s appreciation for their invaluable assistance.

Thank you, William and Carlos, for giving new meaning to the traditional law enforcement motto of “To Protect and Serve.”