Breaking News we been told there was a plant explosion in Camden Ark we been told a few was injured  but local news reports the Calhoun County Sheriff Dept. are on scene controlling traffic.

A volunteer who responded to the accident at Esterline is reporting that the Ouachita County Medical Center is in the process of getting a helicopter prepped so that the the two people affected by the blast can be transported to another facility.

According to Sheriff Norwood, plant personnel will have to answer to what caused the explosion, and everyone has left except for Camden Fire Dept and they will stay until tomorrow morning.

There was an explosion at Esterline this evening. The fire can’t be put out because of its nature, and it has to be allowed to burn out on its own. CFD is stationed there to provide backup until the danger has passed. Everything else at this time is speculation. There were 2 people seriously injured. They have been flown to Children’s Hospital burn unit in Little Rock. Because of HIPPA, their names have not been made public, but if you pray for them and their families, God will know who you are talking about. 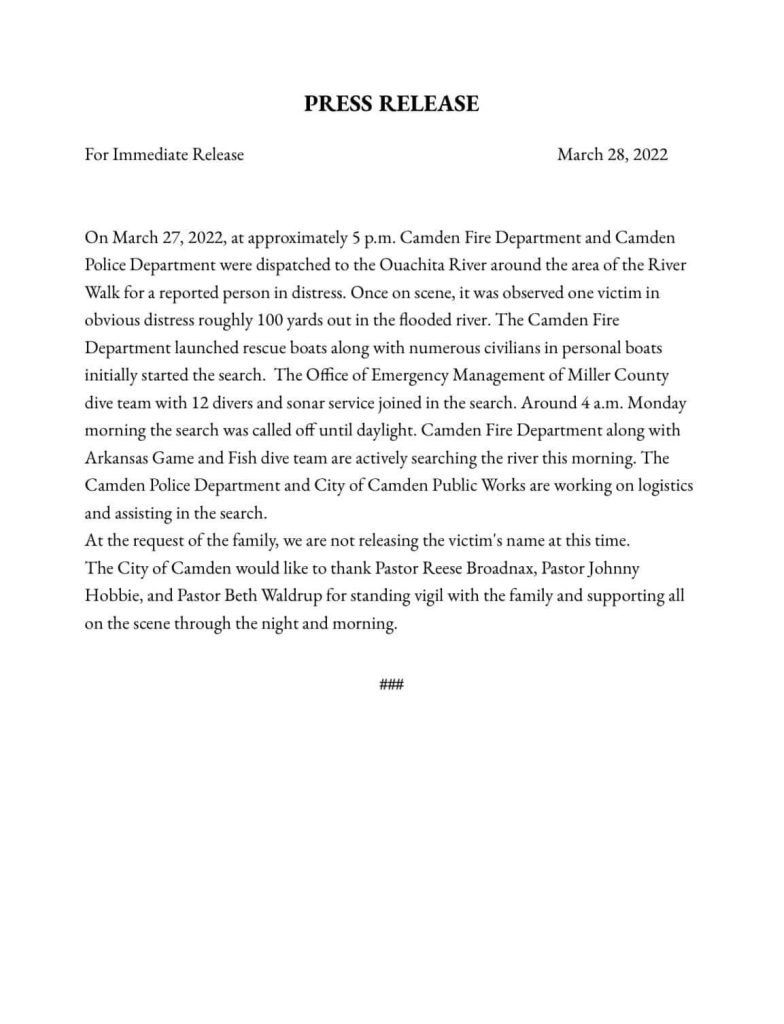