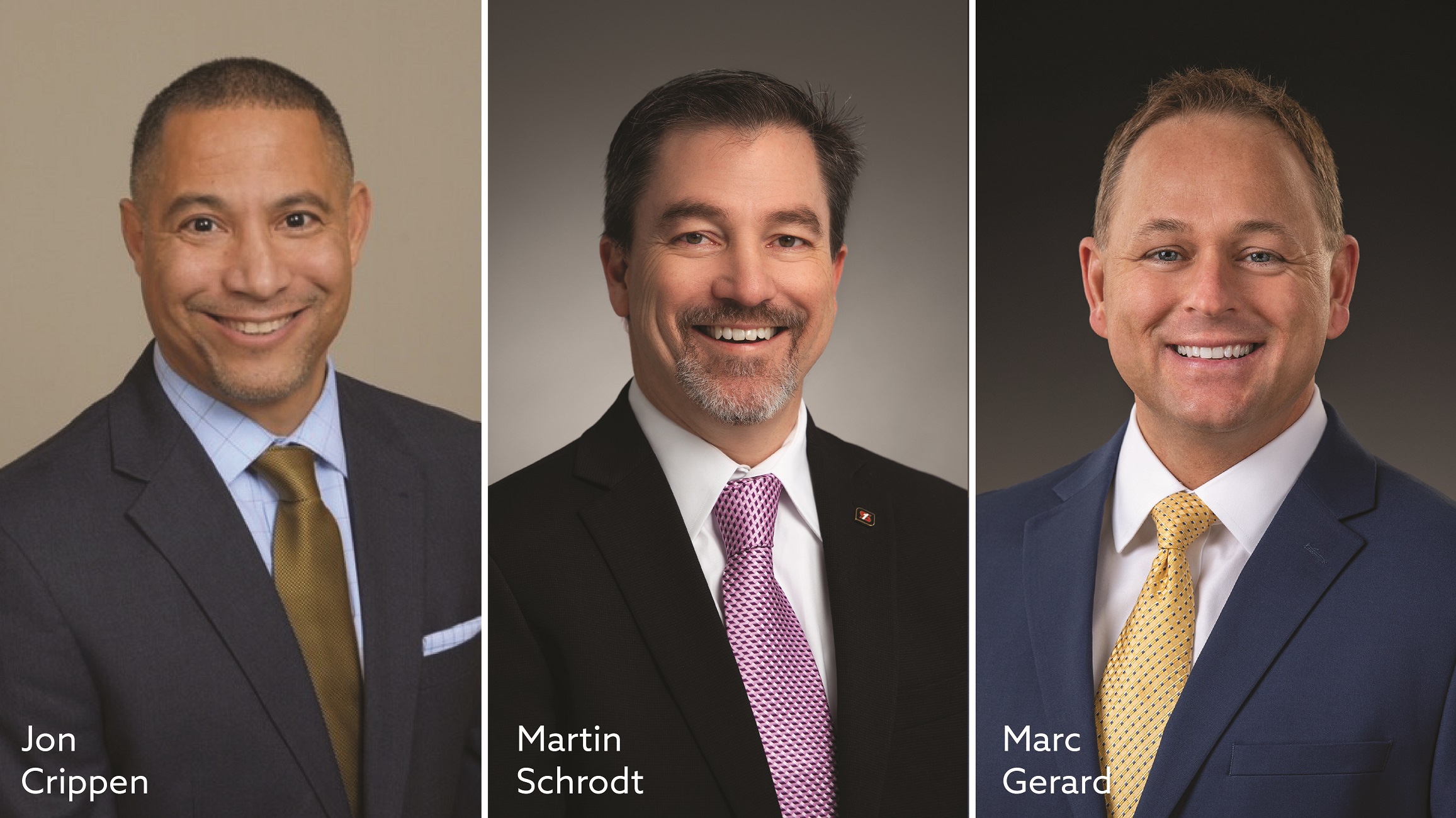 Jon Crippen will assume the role of senior vice president and head of retail banking for Simmons Bank’s metro markets which include Dallas/Fort Worth, Frisco, Oklahoma City, Tulsa, Northwest Arkansas, Wichita, Kansas City, St. Louis, Little Rock, Memphis and Nashville. Crippen will continue to office out of Fort Worth, Texas.

Martin Schrodt will lead as senior vice president and head of retail strategy development and design. In this new position, Martin will develop and design tools and materials to support retail strategies and objectives. Martin will continue to office in Nashville, Tennessee.

“With the promotions of Jon, Marc and Martin, their service-oriented leadership and operational excellence positions Simmons Bank favorably for continued market growth,” said Franklin Shirrell, executive vice president and chief retail officer at Simmons Bank. “Their track records for building relationships and leading multi-market strategies are of tremendous value as we serve our customers in these respective market types.

Crippen brings more than 20 years of experience managing branch retail districts with an emphasis on recruiting and developing top talent. His recruiting efforts have produced revenue and balance sheet growth, created a great place to work for associates, and delivered an exceptional client experience. An alumnus of the University of Nebraska, Crippen received a Bachelor of Arts in speech communication, where he was a three-year varsity letterman on the Cornhusker football team. Crippen has served many charitable organizations including a board member for Child Saving Institute of Omaha and vice chair of the Alliance Against Family Violence.

With more than 20 years of experience, Gerard joined Simmons Bank in 2020 as senior vice president and regional retail manager. He previously served as consumer banking manager in St. Louis and other Missouri markets overseeing retail performance. An active community member in the St. Louis area, Gerard has served as board and campaign chair of Midwest United Way, board member and committee chair for the YMCA, treasurer of the St. Louis Artist Guild and as a Financial Advisory Committee member for Catholic Charities. He holds a bachelor’s degree in business administration from St. Joseph’s College in Indiana.

Schrodt has more than 25 years of experience and most recently served as senior vice president and chief operating officer at an Arkansas Credit Union, where he oversaw front-line business and consumer banking areas, including deposit operations and the Call Center. Martin served on the board of the Cherokee Area Council of the Boy Scouts of America for nearly 10 years and has been an active volunteer of the Ronald McDonald House in both Little Rock, Arkansas and Chattanooga, Tennessee. An alumnus of the University of Kentucky, Schrodt also holds leadership certifications from Gap International and the University of Chattanooga.

Simmons Bank is a wholly owned subsidiary of Simmons First National Corporation (NASDAQ: SFNC), a Mid-South based financial holding company. Simmons Bank operates over 200 branches in Arkansas, Missouri, Tennessee, Texas, Oklahoma and Kansas. Founded in 1903, Simmons Bank offers comprehensive financial solutions delivered with a client-centric approach. Simmons Bank was named to Forbes magazine’s list of “World’s Best Banks” for the second consecutive year and ranked among the top 30 banks in Forbes’ list of “America’s Best Banks” for 2021. Additional information about Simmons Bank can be found on our website at simmonsbank.com, by following @Simmons_Bank on Twitter or by visiting our newsroom.