A meeting of the Board of Directors of the Southeast Arkansas Economic Development District, Inc. (SEAEDD) was held December 10, 2020 via Zoom video call at 11:30 am.
Judge Mack Ball, Board President, called the meeting to order.
Judge Ball asked if there were any corrections or additions to the Minutes of the October 8, 2020 meeting, as mailed. There being none, Mayor Denisa Pennington moved they be approved. Seconded by Mrs. Nita McDaniel. Motion carried.
Judge Ball referred to the Financial Statements in the Board folders. Judge Randy Pruitt made a motion to approve the statements. Seconded by Mayor Flora Simon. Motion carried.
Judge Ball called on Ms. Patrecia Hargrove for an update on staff reports. Ms. Hargrove stated that she is still waiting on the INFRA grant agreement for our railroad rehabilitation project, and that Louisiana is having an issue with the property located between Lake Providence Port and Madison Parish Port, but this issue will not negatively affect the project. She stated that BKD was in our office the week of October 26, 2020 to audit our financials for year ending June 30, 2020. She expects the audit to be completed by the next board meeting.
Ms. Hargrove stated that the SEAEDD offices are still closed to the public, especially with the increasing numbers of COVID case. She stated that as of today, the District has only had one positive case in one of the workforce offices and that person will complete their quarantine on Friday and will be back in the office on Monday. She stated that all SEAEDD Offices will be closed on Thursday December 24th and Friday December 25th for the Christmas holiday; as well as Friday January 1, 2021 for New Year’s Day.
Ms. Hargrove called on Mr. Eddie Thomas for the Workforce Development Staff Report. Mr. Eddie Thomas reported that a target focus in workforce development has been governance and compliance. He referenced that the Chief Elected Officials Board and the SEAWDB had both recently made actions that would assist in resolving pending findings from USDOL. Mr. Thomas mentioned that representatives from the workforce staff had attended a national youth virtual symposium and felt confident that the conference was beneficial. He stated that Southeast should expect to see new ideas, innovations, and initiatives implemented over the next year.
Mr. Thomas stated that the TANF- funded Ineligible for Lost Wages Assistance Program was still underway and that approximately 80 needy families had been served by the program. He also stated that the business services division had been working hard to continue with apprenticeship training throughout the district.
Mr. Thomas called on Gary Goggans to provide a report of the Workforce Centers. Mr. Goggans discussed various services available through the WIOA program and encouraged board members to refer customers to the centers.
1

SEAEDD Board of Director Meeting December 10, 2020
Page 3
Judge Ball referred to the Unemployment Statistics, included in the Board folders.
The next regularly scheduled meeting will be held on February 11, 2021 in Pine Bluff.
There being no other business, Mayor Flora Simon made a motion to adjourn. Seconded by Mrs. Nita McDaniel. Motion carried, and the meeting was adjourned. 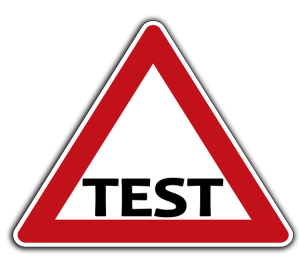