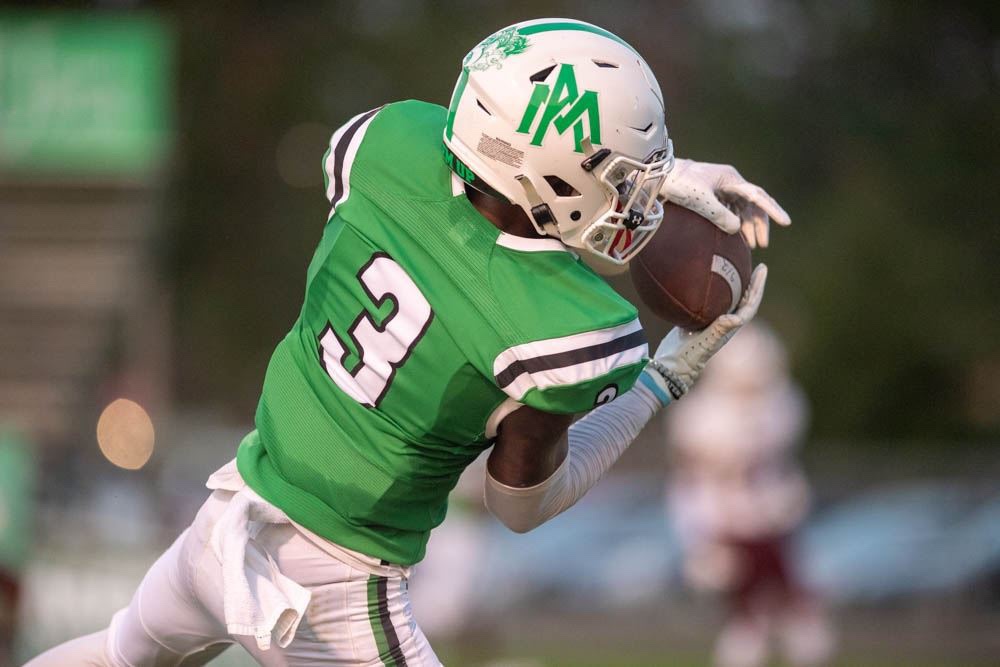 The University of Arkansas at Monticello football team played their final game of the 2021 season Saturday; putting together a dominant 73-37 victory over Southern Arkansas University.

With the win, the Weevils leave SAU with not only a win to end the season, but as the winner of the Battle of the Timberlands. UAM finished the 2021 season 5-6 in the Great American Conference, while SAU falls to 4-7.

The first quarter didn’t see much scoring action from either side of the field. The Muleriders started with the ball and were able to drive the football 54 yards down the field for a touchdown on their very first drive. The Weevils were unable to retaliate, having to punt in 4 downs on their very first possession. Throughout the remainder of the quarter, UAM and SAU would have a combined 6 possessions, but no-one was able to add any more points to the board.

The second quarter began and it looked as though the Muleriders were beginning to run away with the game. The Muleriders would kick a field goal and recover a kickoff fumble, resulting in a touchdown to give them a 17-0 lead. The Weevils answered with a confidence every team should look to obtain. UAM would follow-up with 21-0 point run as the first half came to an end; heading to the locker room with a 21-17 game.

The third quarter was one of the most dominant quarters of the season for UAM. Your Boll Weevils came out of the locker room with a hunger for victory like you’ve never seen. On their first drive of thee half, the Weevils would drive the ball 51 yards for a touchdown, giving them a 28-17. SAU would get the ball back, but a forced fumble by Michael McCorvey would give UAM control of the football once more. Demilon Brown would could complete a pass to LaCedric Smith for a 63 yard Boll Weevil Touchdown; giving Monticello a 35-17 lead.

Four straight downs is all it took for the Weevils to get the ball right back from the Muleriders. They would follow-up with a 40 yard pass from Demilon Brown to CJ Parham, finding the ball at the SAU 2 yard line. The Weevils would score once again, giving them a 42-17 lead. Monticello would go on to score another touchdown and kick a field goal in the quarter, heading into the 4th with a 52-17 lead.

The fourth quarter began with UAM scoring a touchdown on the very first play. Giving them a powerful 59-17 lead over the Muleriders. The Weevils would continue this power push, scoring two more touchdowns, leaving everything they had on the field. Though SAU would score a handful of touchdowns, in the end it wouldn’t matter. The UAM Boll Weevils would finish the game with an incredible 73-37 win over SAU.

Demilon Brown paced the UAM offense as he threw five touchdowns and rushed for 66 yards; pushing out an astonishing 529 total yards of offense. Chris Smith Jr. also ripped off some long runs as he rushed for a gain of 71 yards.

C.J. Parham, LaCedric Smith, and DeAndre Washington led the Weevil receiving core as Parham and Washington each caught six passes for 188 and 89 yards, and a combined 3 touchdowns. Smith caught five passes for 107 yards, including a touchdown.

Angel Quiroga also sets a new UAM Football record with a 10/10 field goal record on the night. This also ties the GAC single game individual record for most field goals.

Coach Hud Jackson had this to say after the game,

“Our players and coaches earned this win today. I am so proud to bring the trophy back home. Lots to look forward to! Eat’em Up!”

The University of Arkansas Football team will return to action in the fall of 2022. We hope to see you join us!