LITTLE ROCK) — The Board of Trustees of the University of Arkansas at its specially called meeting Dec. 15 unanimously passed a resolution in praise of more than 17,000 employees of the state’s largest university system and the many challenges institutions have overcome during the global Covid-19 pandemic.

At a previous meeting in November, Trustee Sheffield Nelson called attention to the many special efforts, challenges and sacrifices the pandemic has placed on the day-to-day operations of the UA System, and expressed a desire to formally recognize the dedicated work of the administration, faculty and staff members of all campuses, divisions and units of the state’s premier university system.

“I just think that the extra work and special efforts that have been made during this past year in order for us to continue conducting business and serving our mission has gone above and beyond and should be formally recognized on the record by this Board,” Nelson said at the November meeting. “It’s really phenomenal how quickly we, as a System, were able to adapt and respond to the things that needed to be done in order to carry forth the things we’re charged with doing.”

Trustees then called for the drafting of a formal resolution, which was unanimously approved at Tuesday’s special meeting of the board.

A routine year for the UA System would see five regularly scheduled meetings of the Board of Trustees and anywhere between three and five specially called meetings. In 2020, however, Tuesday’s meeting marked the 15th time Chairman John Goodson convened the Board to conduct UA System business. Goodson called for regular monthly meetings at the outset of the pandemic in late February, which ran in addition to regularly scheduled meetings – all of which were held with virtual viewing options for campus officials and the public.

“It’s really just incredible to me that we’ve logistically been able to routinely have these meetings, but even more amazing when you think about the amount of issues that had to be addressed and the amount of work that went into planning and implementing all of these actions it’s just incredible,” Goodson said. “Everyone has gone far above and beyond the normal call of duty and it’s something to be proud of as we close the year and move into more of the same at the start of 2021.”

The Board of Trustees of the University of Arkansas adopted the following resolution:

WHEREAS, the Board of Trustees of the University Arkansas wishes to acknowledge the dedicated work of the administration, faculty and staff members of the campuses, divisions and units of the University of Arkansas System as they have faced many obstacles resulting from the ongoing COVID-19 pandemic throughout the year; and

WHEREAS, President Donald R. Bobbitt, the staff of the President’s Office, including Angela Hudson and Sylvia White, and the very capable general staff of the UA System administration have performed admirably in providing steady leadership and support to the System and the Board during an unprecedented year; and

WHEREAS, the faculty, staff and leadership of the University of Arkansas for Medical Sciences, including Chancellor Cam Patterson and Senior Vice Chancellor Stephen A. “Steppe” Mette, have risen to the challenge of not only managing the state-wide UAMS clinical network as a frontline healthcare provider during the pandemic, but also have represented the University with honor and distinction in assisting the state with its public health response to the pandemic; and

WHEREAS, the Chancellors and senior leaders of all of the campuses, divisions and units of the UA System have worked tirelessly this year to ensure the continuation of the System’s critical responsibility of providing post-secondary education, conducting vital research and supporting communities across the state through public service outreach; and

WHEREAS, the faculty and staff across the UA System have shown extraordinary persistence in the face of a difficult year, including through adopting new technologies, protecting others through following public health guidelines and enduring the overall uncertainty presented by the health and economic consequences of the pandemic; and

WHEREAS, Board Chairman John Goodson has provided commendable leadership to the Board, especially through facilitating a series of specially called Board meetings in which the Board made critical policy decisions regarding the overall System response to the pandemic and received vital reports about the efforts across the state to mitigate the spread and impact of the virus on University operations;

NOW, THEREFORE, BE IT RESOLVED BY THE BOARD OF TRUSTEES OF THE UNIVERSITY OF ARKANSAS THAT the Board expresses its heartfelt appreciation and admiration for the aforementioned individuals and for all UA System employees for their dedicated work in dealing with the impacts and repercussions of the COVID-19 pandemic throughout the year.

BE IT FURTHER RESOLVED THAT the Board directs that this resolution shall be spread upon the minutes of this meeting, posted on the UA System website, and shared to the extent practicable with system personnel across the state. 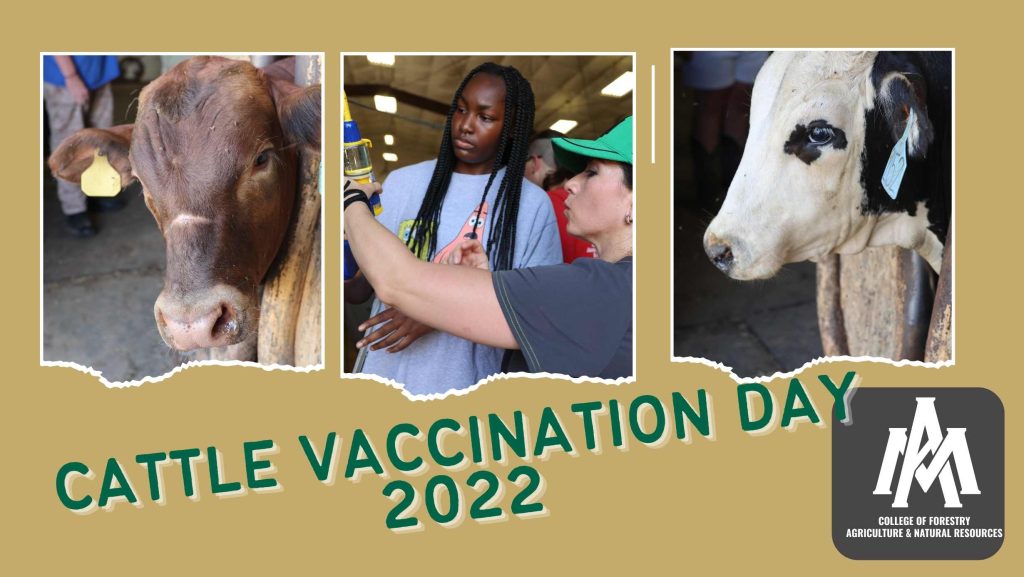 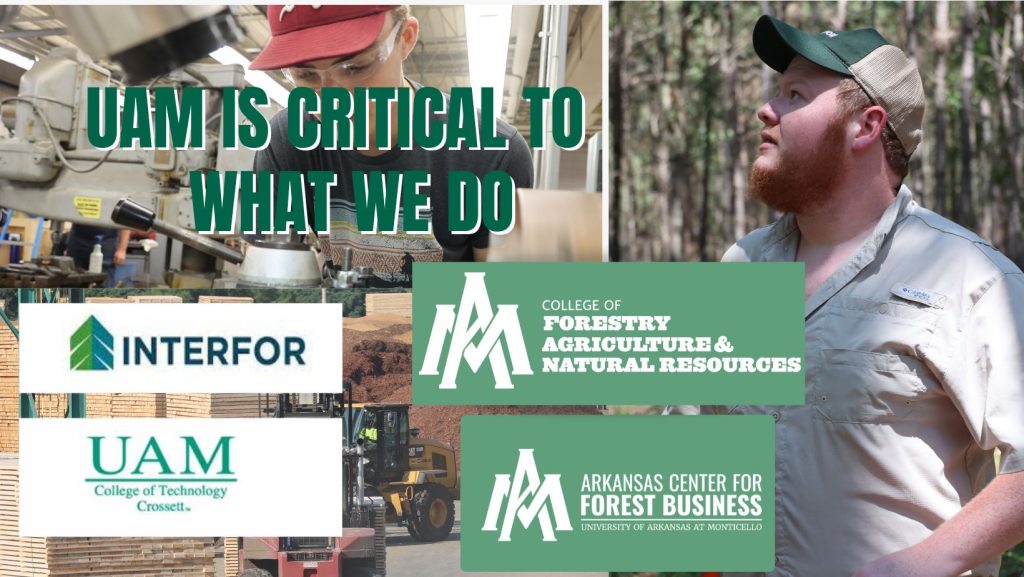 Interfor UAM Partners-“UAM is Critical to What We Do” 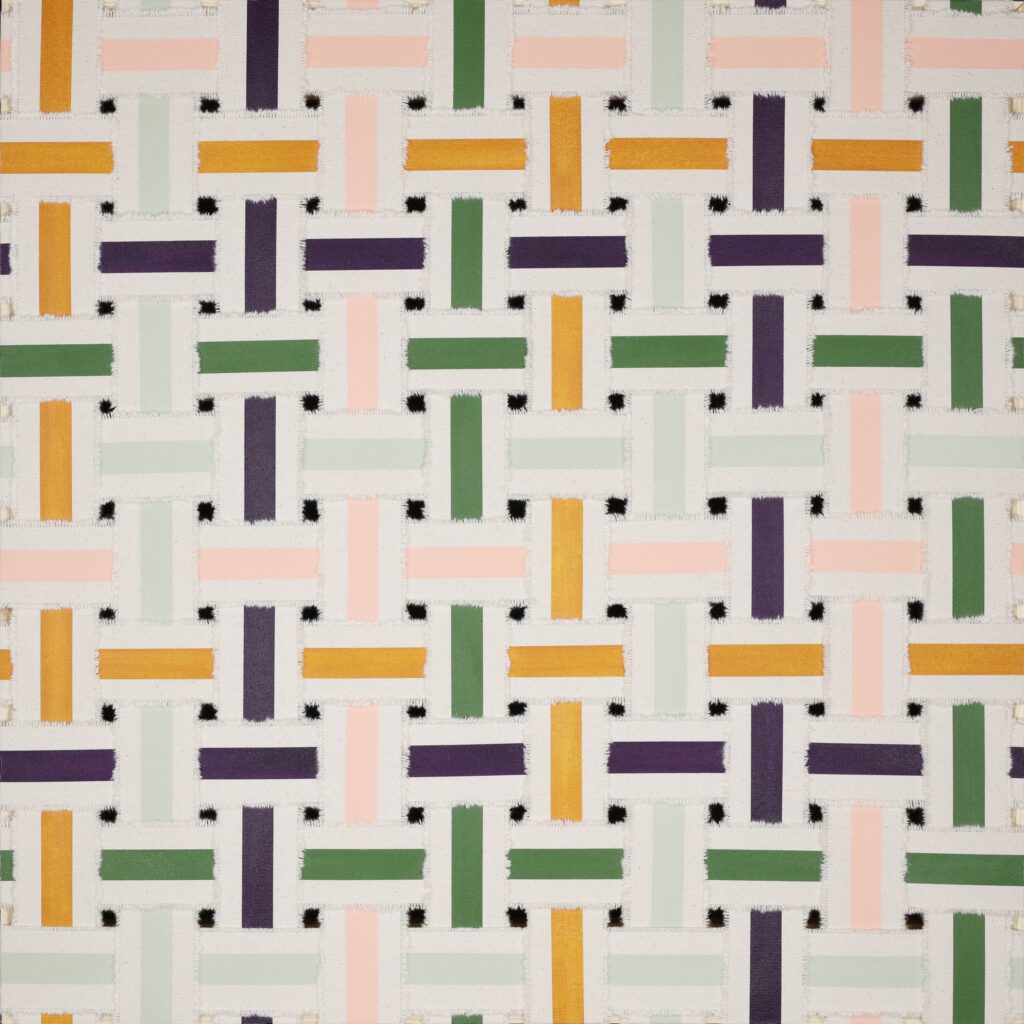