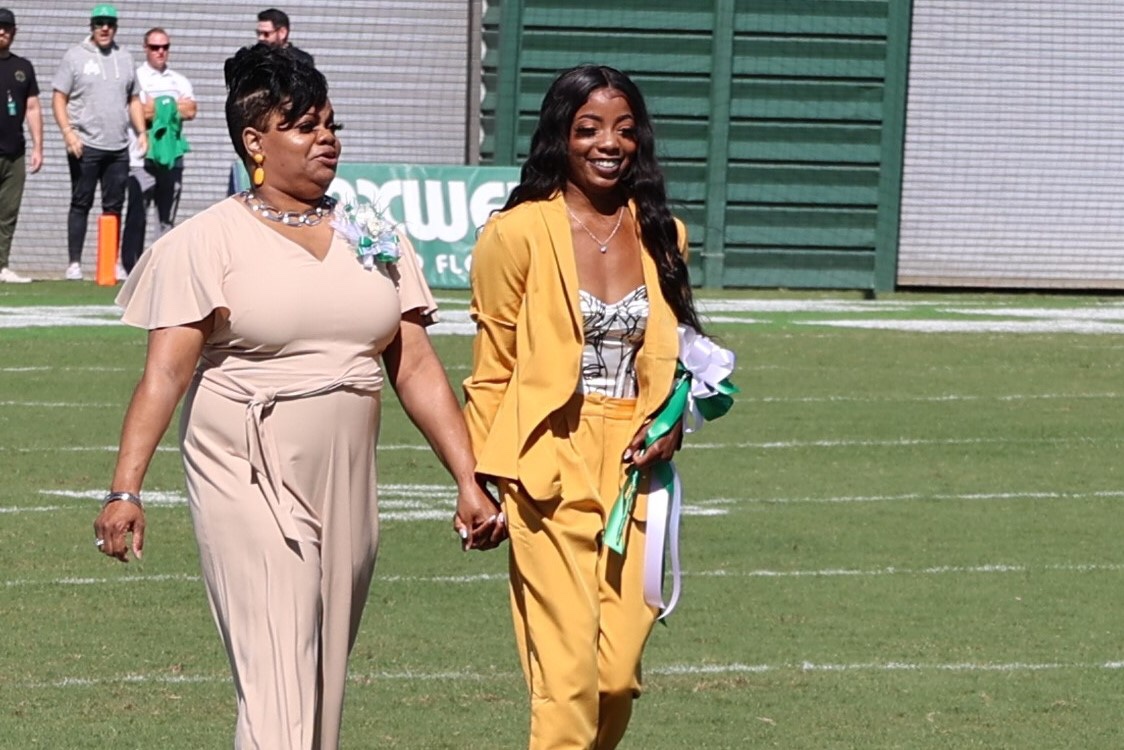 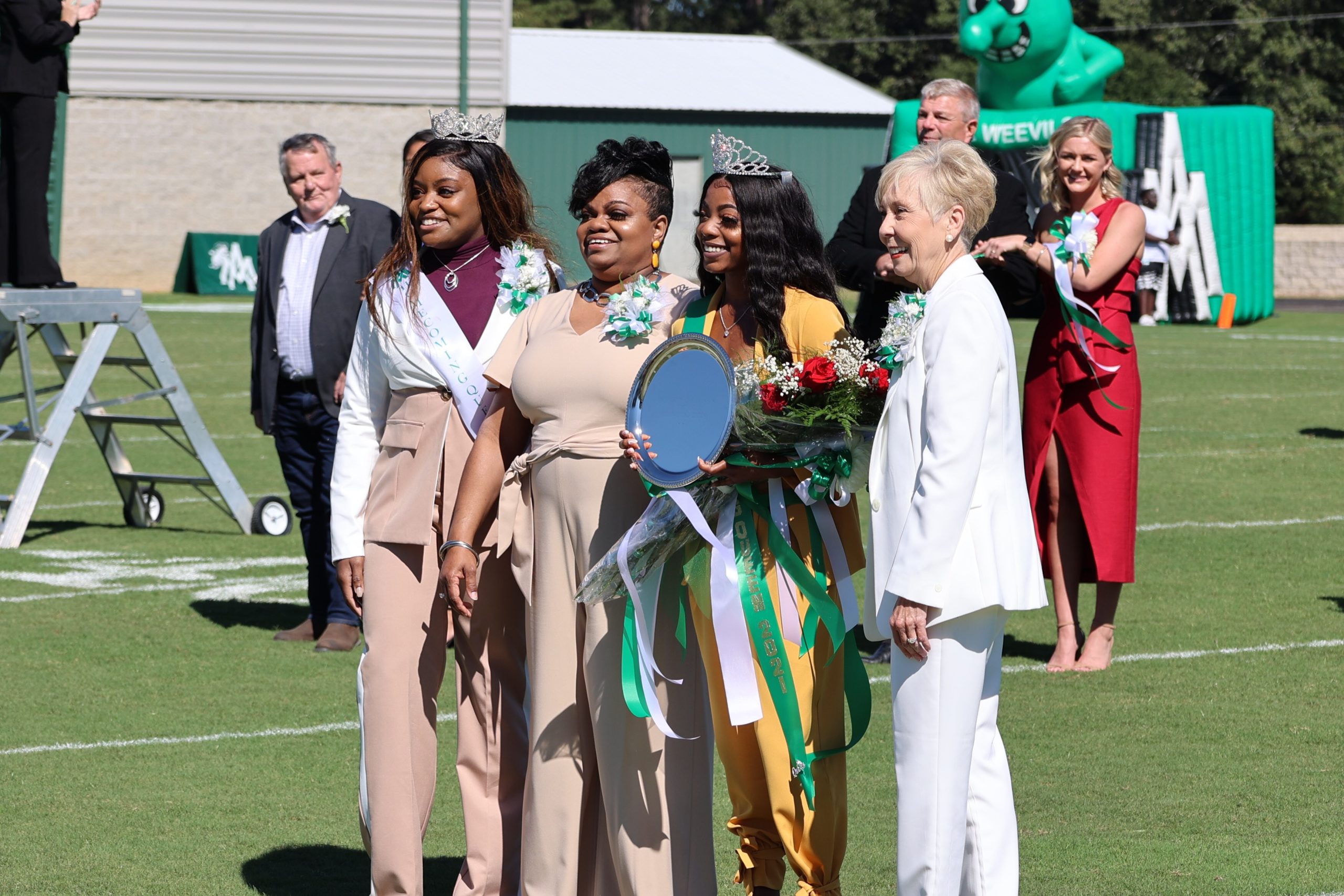 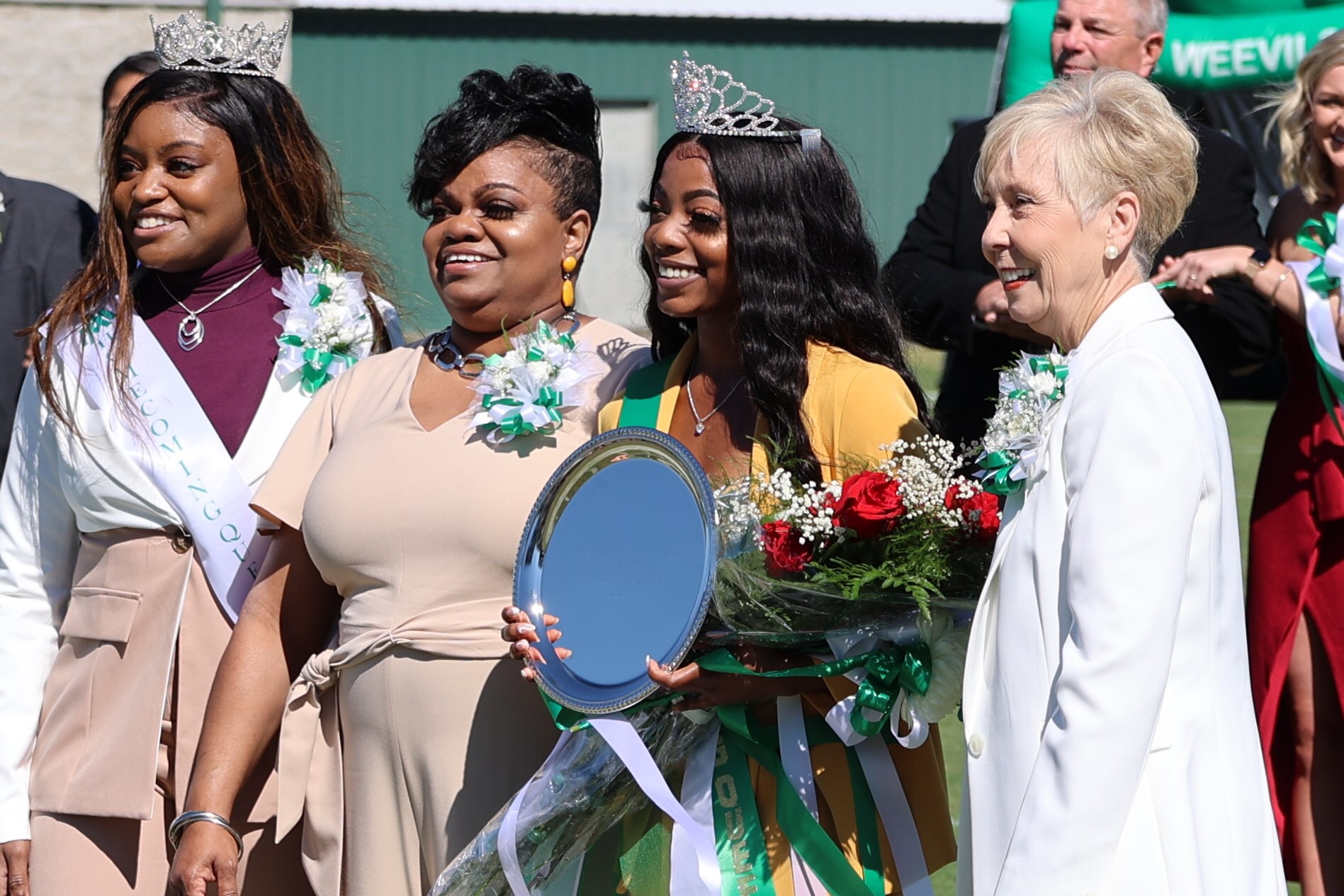 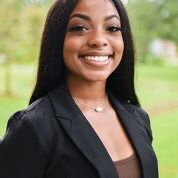 Monticello Ark- There wasn’t much time to celebrate for J’Naya Brown after being named the University of Arkansas at Monticello’s Homecoming Queen Saturday. Brown, a senior from Rison, Arkansas, majoring in exercise science, was committed to participating in a “Strolling Contest” at the fine arts auditorium. The stroll-off is defined as a rhythmic, synchronized walk performed with or without music. Greek organizations gather to showcase their chapters.

That kind of commitment defines Brown well. She is always on the go. She is involved with multiple groups and activities. She is a student athletic trainer for all UAM athletic teams, including football, basketball (men and women), or where needed. Duties range from taping the wrist and ankles to listening to athletes and helping pinpoint what kind of injury they might have.

Brown is the president of The Sigma Phi Chapter of Delta Sigma Theta Sorority, Incorporated, and is involved all over Drew County at different charitable events. She thinks her involvement with people off-campus and on-campus contributed to being voted by the student body as queen. Brown was nominated by The Rho Mu Chapter of Omega Psi Phi Fraternity, Incorporated.

Escorted by her mother Diana Lewis of Monticello,  J’Naya Brown was named UAM Homecoming Queen as part of the pregame events at the University of Arkansas at Monticello and the Ouachita Baptist football game. She and the rest of the 2021 UAM Homecoming Court made their ceremonial walk down the 50-yard line at Convoy Leslie Cotton Boll Stadium. A vote of the student body chose the homecoming queen.

“I honestly was kind of shocked when they said my name,” said Brown.  She added, “hold on, I was in total disbelief.”   Brown said, “I knew I had a good chance because I’m very involved on campus, especially with the athletes since I work with the athletic trainers. I’m also president of a sorority, we do a lot of events on campus, so my face is well known. “said Brown. ” I was on a court with some amazing women who are just as dedicated to UAM.”

Brown moved to Monticello in the fifth grade but still considers Rison her hometown. “Somebody from Rison from was here at the event,” said Brown.   “I see you representing Rison very well.” said Brown.” Rison helped me a lot with who I am today. I’ve never been afraid to start a conversation with people, including strangers. Once   a wildcat, always a wildcat.”

This isn’t Brown’s first involvement with royalty. In 2017 she was nominated as honor maid at Monticello High School.

Brown says she chose UAM because it’s close to home. It also has a smaller teacher-to-student ratio. “I am more likely to have a teacher sit down and talk with me, unlike UCA, where I attended as a freshman,” said Brown.   She’s a senior now at UAM. “It was very hard; the professors there didn’t care as much. UAM is a very caring university.

J’Naya Brown is the daughter of Diana Lewis and Darrin Brown.

The University of Arkansas at Monticello is a comprehensive system of postsecondary education in Southeast Arkansas. UAM offers more than 70 distinct academic tracks for students seeking graduate, undergraduate, and certificate programs. The Monticello campus offers associate, baccalaureate, and selected master’s degrees. The UAM Colleges of Technology in Crossett and McGehee provide classes leading to certificates of proficiency, technical certificates, and associates of applied science degrees