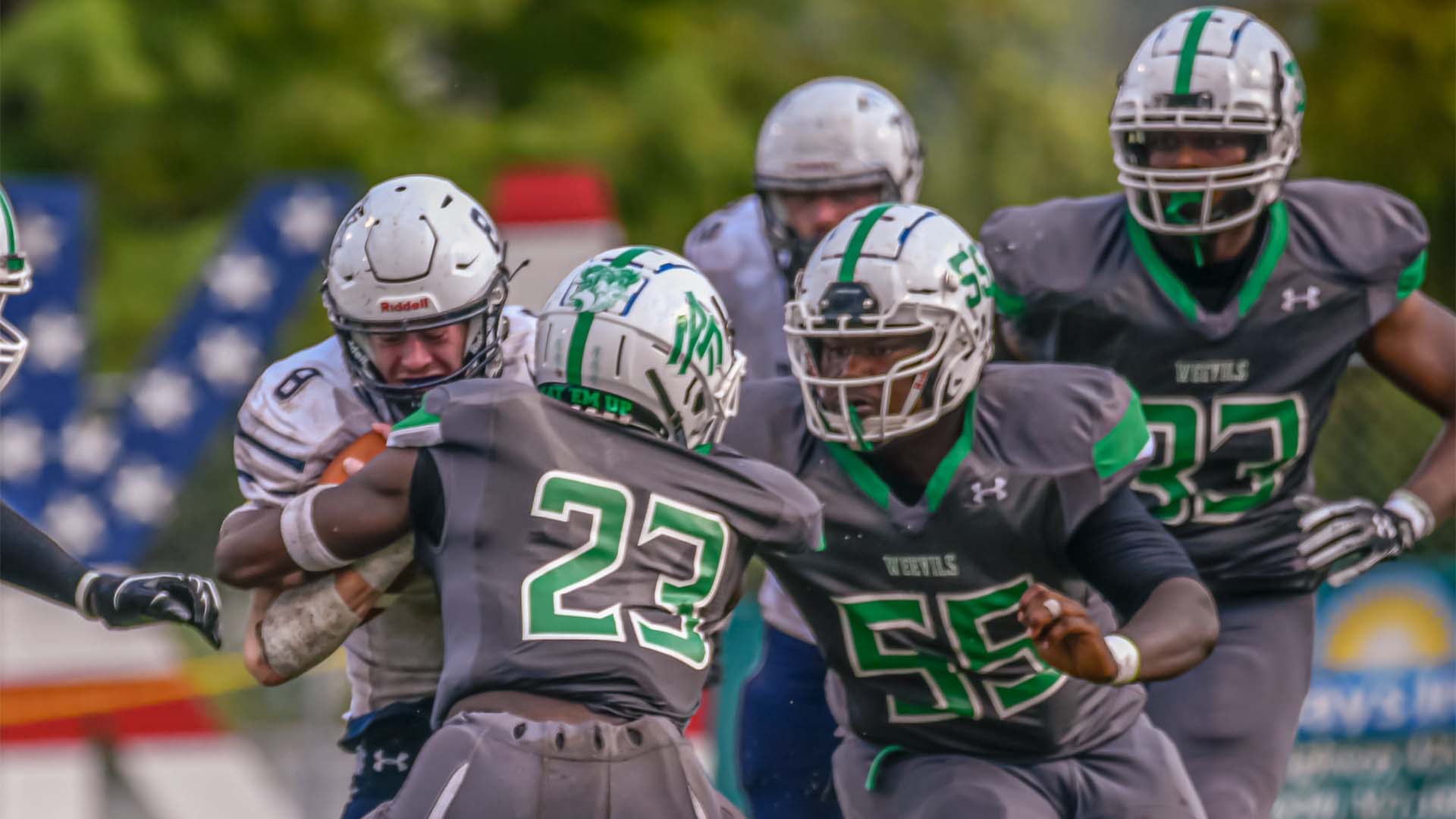 MONTICELLO, Ark. – Fresh off a victory last weekend, the University of Arkansas at Monticello football team travels to Alva, Oklahoma, on Saturday to battle Northwestern Oklahoma State University. Kickoff is set for 4 p.m. at Ranger Field as the Weevils look to extend their win streak to three games.

Below you will find important information regarding tickets, game coverage and game notes.

Tickets
Tickets must be purchased at the gate.

Last Meeting
The last time these two teams met was on September 28, 2019 at Ranger Field. The Weevils fell to the Rangers by a score of 28-0. The hosts from Alva used a pair of passing touchdowns from Trent Easley, as well as a rushing touchdown from Jacob Peyton to take an 18-0 lead at the break. UAM attempted to cut into the deficit in the second half, but were unsuccessful and fell to Northwestern Oklahoma State, 28-0.

About Last Week
The Weevils used a big second quarter to defeat Southwestern Oklahoma State University (SWOSU) on Saturday by a score of 18-16. SWOSU had an 8-0 lead after one quarter of action on a safety and a Kenny Graham rushing touchdown. The Weevils, though, answered back with a Devontae Dean 3 yard rushing touchdown and a 41 yard touchdown pass from Demilon Brown to C.J. Parham. UAM would take a 12-8 lead into the half. Midway through the third quarter, Demilon Brown kept it himself on a 2 yard touchdown run, giving the Weevils a double digit lead. A safety by SWOSU would trim UAM’s lead to eight entering the fourth quarter. A four yard touchdown run by SWOSU’s Nate Davis would cut the UAM lead to just two, but an unsuccessful two point conversion attempt kept UAM up by a score of 18-16. The Weevils iced the game away on the legs of Demilon Brown as he picked up several key first downs down the stretch to give the Weevils an 18-16 victory over SWOSU on Saturday. Demilon Brown finished with 150 yards through the air and 133 years on the ground. C.J. Parham led the way in the receiving category as he tallied five catches for 99 yards and a score.

Winners of One Possession Games
UAM has been masterful at winning close games this season as all three of the Weevils’ victories have been decided by one possession.

Three Game Win Streak?
UAM is looking to extend their win streak to three games with a victory over Northwestern Oklahoma State University on Saturday. If the Weevils are able to get the victory this weekend, this would be the fourth consecutive season that they recorded a three-game win streak.

Demilon Leads the Charge
Demilon Brown has been the catalyst for the UAM offense as he paces the team with 218 passing yards per game and has used his elusiveness in the pocket to scamper for 76 yards per contest.

Receiving Core
The Weevils are led by a trio of receivers. Senior wide receiver C.J. Parham leads the way for UAM with 451 yards and four touchdowns on the season. Parham ranks fourth in the conference in receiving yards and total receptions (31) Fellow senior tight end DeAndre Washington has 16 receptions for 236 yards and two touchdowns, while sophomore wide receiver LaCedric Smith has posted 184 yards and one score on 14 catches.

Defending the Pass
Six players have collected an interception so far this season for UAM. DeQuan Street leads the secondary with two picks to go along with one pass breakup. Kaytron Allen and Greg Hooks  each have one interception and combined for five pass breakups.

Scouting the Rangers
Northwestern Oklahoma State University is 0-5 on the season. Offensively, the Rangers rank 11th in the GAC in scoring and 9th in total yards averaging 19.2 points and 355.4 yards per game. On defense, NWOSU is surrendering the most points per contest in the conference at 45.4 points per game, while giving up 516.4 yards per contest.

Up Next
UAM hosts Ouachita Baptist University on Oct. 16 for the Hall of Fame Game sponsored by Commercial Bank. The showdown between the Weevils and the Tigers is scheduled during Homecoming for a 2:00 p.m. kickoff.