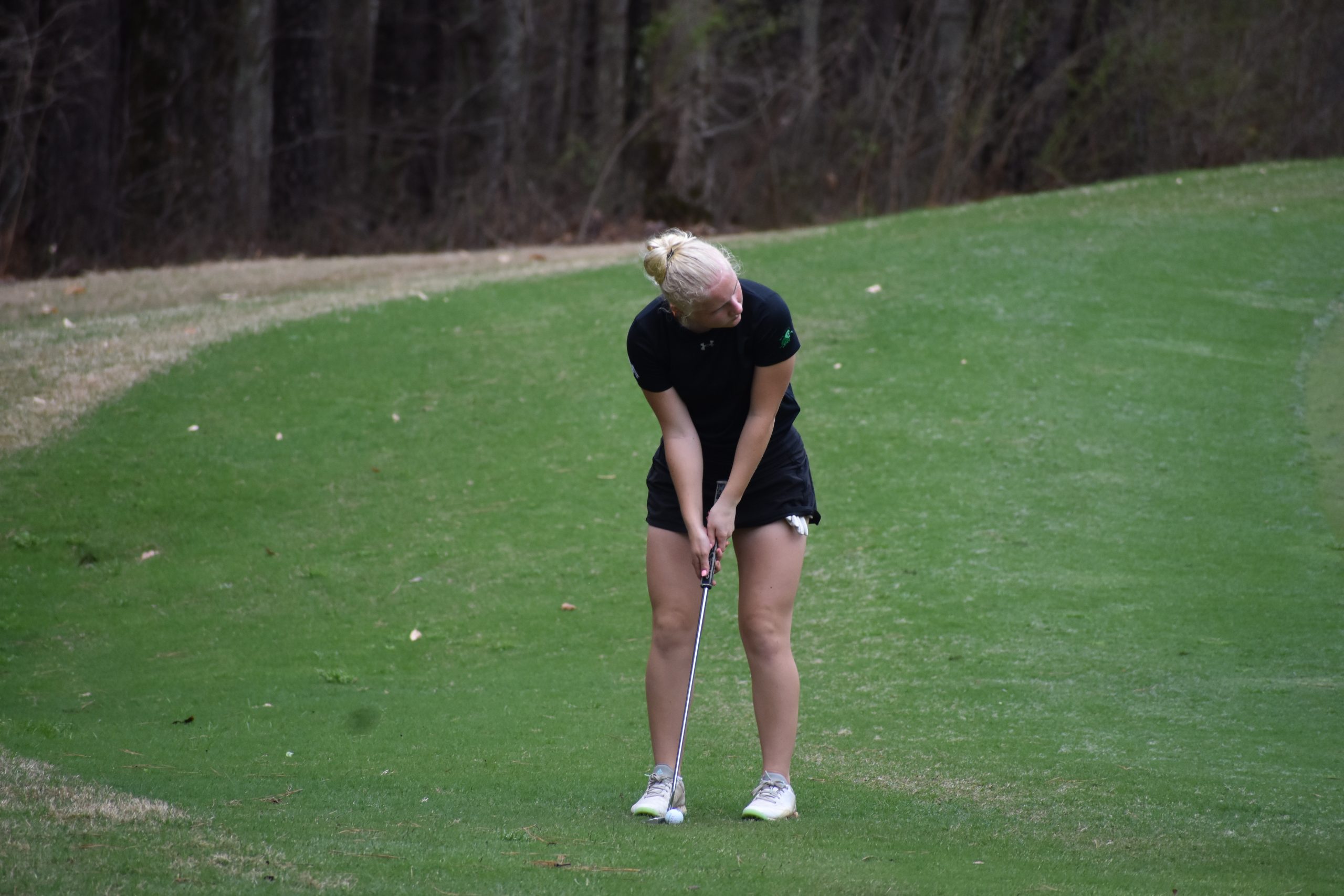 ENID, Okla. –The University of Arkansas at Monticello men’s and women’s golf teams completed their final tournament of the fall season this afternoon. The UAM women’s team continued their strong play to capture second place at the Sixth Annual Ranger Fall Invite, while the men’s golf team recorded a top-five finish.

Gabriela Maldonado surged up the leaderboard on the final day of the Ranger Fall Invite as she put together a final-round 76 to finish in a tie for fourth place in the individual standings.

Emilie Bergh-Jacobsen, Worawalan Siwaiyapram, and Chiara Sturaro recorded top-ten finishes today. Bergh-Jacobsen fired an 83 to notch a seventh-place finish, while Siwaiyapram and Sturaro finished in a tie for the eighth position.

Shehna Akbary also had a solid showing at Meadowlake Golf Course as she registered a top-15 finish.

On the men’s side of the tournament, Andrew Pearson fired UAM’slow round of the day as he turned his scorecard in with a final-round 74. Pearson’s 152 two-day total was good for a top-15 finish.

Carson Garner also put together a strong performance on the course today as he carded a 76 to notch a top-20 finish.

Tyler Garrigus tapped in on his final hole of the tournament to record a 157 two-day score, while TJ Baker fired a final-round 75 to beat his first round score by nine strokes.

Ethan Bearden rounded out the scoring for the Weevils as he finished with a 166 two-day total for the Ranger Fall Invite.

Missouri S&T won the men’s competition, while UAM beat five teams to finish in the No. 5 spot.

UP NEXT
The UAM men’s and women’s golf teams will return to action during the spring of 2022. A full schedule of events for the spring season will be released in the coming weeks.