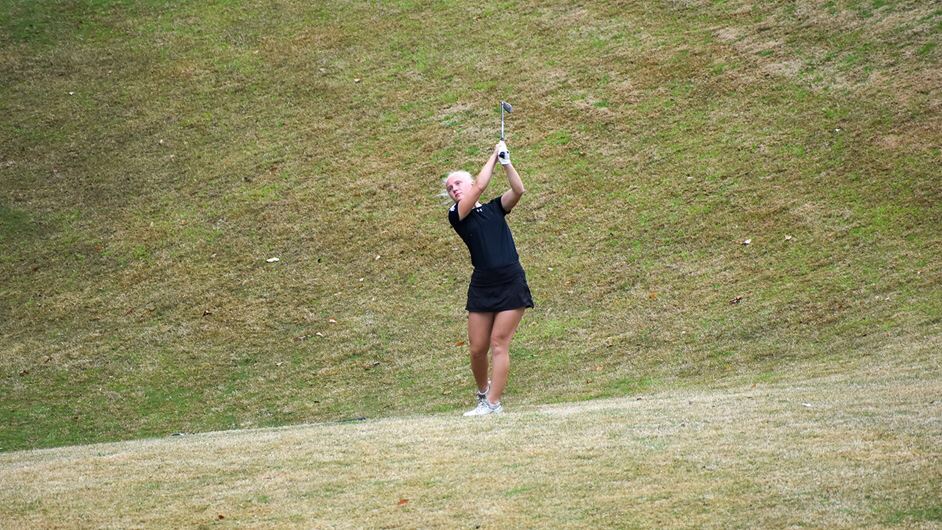 ENID, Okla. – The University of Arkansas at Monticello men’s and women’s golf teams are in contention after the first 18 holes of the Sixth Annual Ranger Fall Invite this afternoon. The women’s team registered a solid score to put themselves in the second spot, while the men’s unit is in fifth place as the teams head into the final 18 holes of the tournament tomorrow morning.

The women’s team continued to show their depth as a different golfer paced the squad at Meadowlake Golf Course today. This time it was Emilie Bergh-Jacobsen who fired UAM’s low round of the day as she finished with a first-round 78, which puts the sophomore in third place in the individual standings.

Gabriela Maldonado also started out the invitational on a high note as she carded an 81 to put her in a tie for fifth place in the individual standings.

Worawalan Siwaiyapram drained a putt on her final hole of the day to finish one stroke behind Maldonado.

Shehna Akbary and Chiara Sturaro finished closely behind their teammate as Akbary recorded an 83, and Sturaro tallied a first-round 84.

After the first 18 holes of the Ranger Invite, Texas A&M Commerce leads the competition with the Blossoms right behind.

On the men’s side of the tournament, Tyler Garrigus paced the Weevils as he registered a first-round 76. The 76 puts Garrigus in a tie for 11th place in the individual standings.

Carson Garner and Andrew Pearson both notched a 78 in their first action at Meadowlake Golf Course today, while Ethan Bearden completed his 18 holes with an 80.

TJ Baker rounded out the scoring for UAM as he etched a first-round 84.

Missouri S&T is at the top of the leaderboard, while the Weevils are in the No. 5 spot.

UP NEXT
The UAM men’s and women’s golf teams will compete in the final round of the Sixth Annual Ranger Fall Invite tomorrow morning.