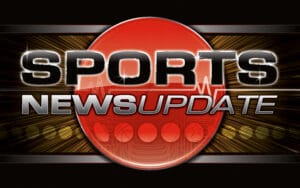 The UAM men’s golf team ended day one of the 30th Derrall Foreman Invitation in ninth place out of 10 teams Monday. The Weevils posted a collective 289 for one stroke over par at the tournament hosted by Delta State.

CLEVELAND, Miss. – The University of Arkansas at Monticello men’s golf team landed in ninth place out of 10 teams at the end of day one at the 30th Derrall Foreman Invitational. The tournament is being hosted by Delta State on the Sam Dunning Course at the Cleveland Country Club.

The Weevils posted a collective 289 for one stroke over par through two rounds.

Three Weevils finished the day tied for 36th after each shooting 72 in back-to-back rounds. Carson Garner, Andrew Pearson and Julian Audibert each ended with an even score at the end of the first day.

The next finisher for UAM was TJ Baker who recorded two rounds of 73 for a two-round total of 146 landing in a tie for 42nd.

Rounding out the group of five for the Weevils was Ethan Bearden who shot a total of 182 (76, 76) to finish the day tied for 50th.

Owen Page also tied for 50th with two rounds of 76 for a total of 182 playing as an individual.

The Weevils will wrap up at the 30th Derrall Foreman Invitational in Cleveland, Mississippi Tuesday morning.