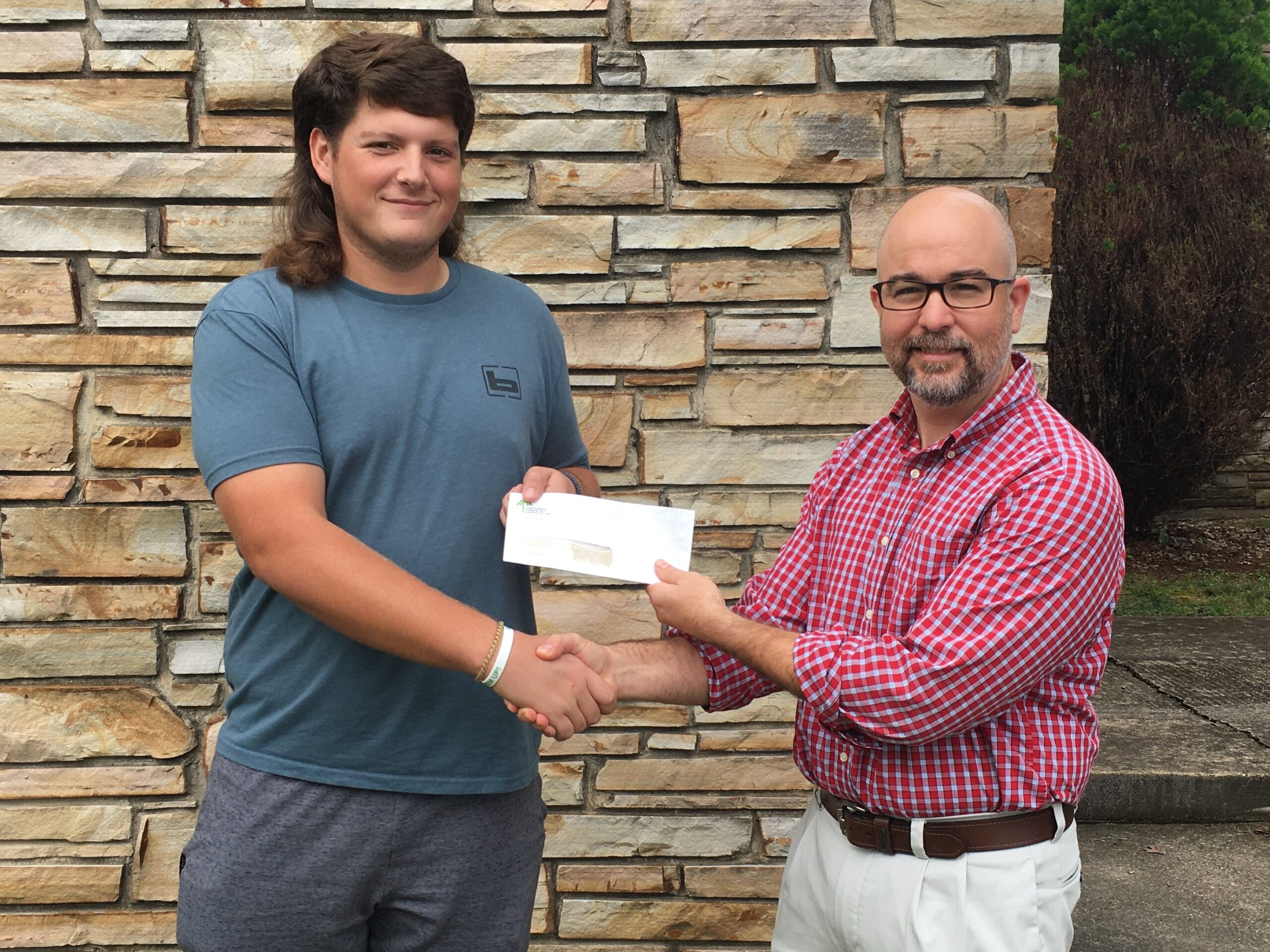 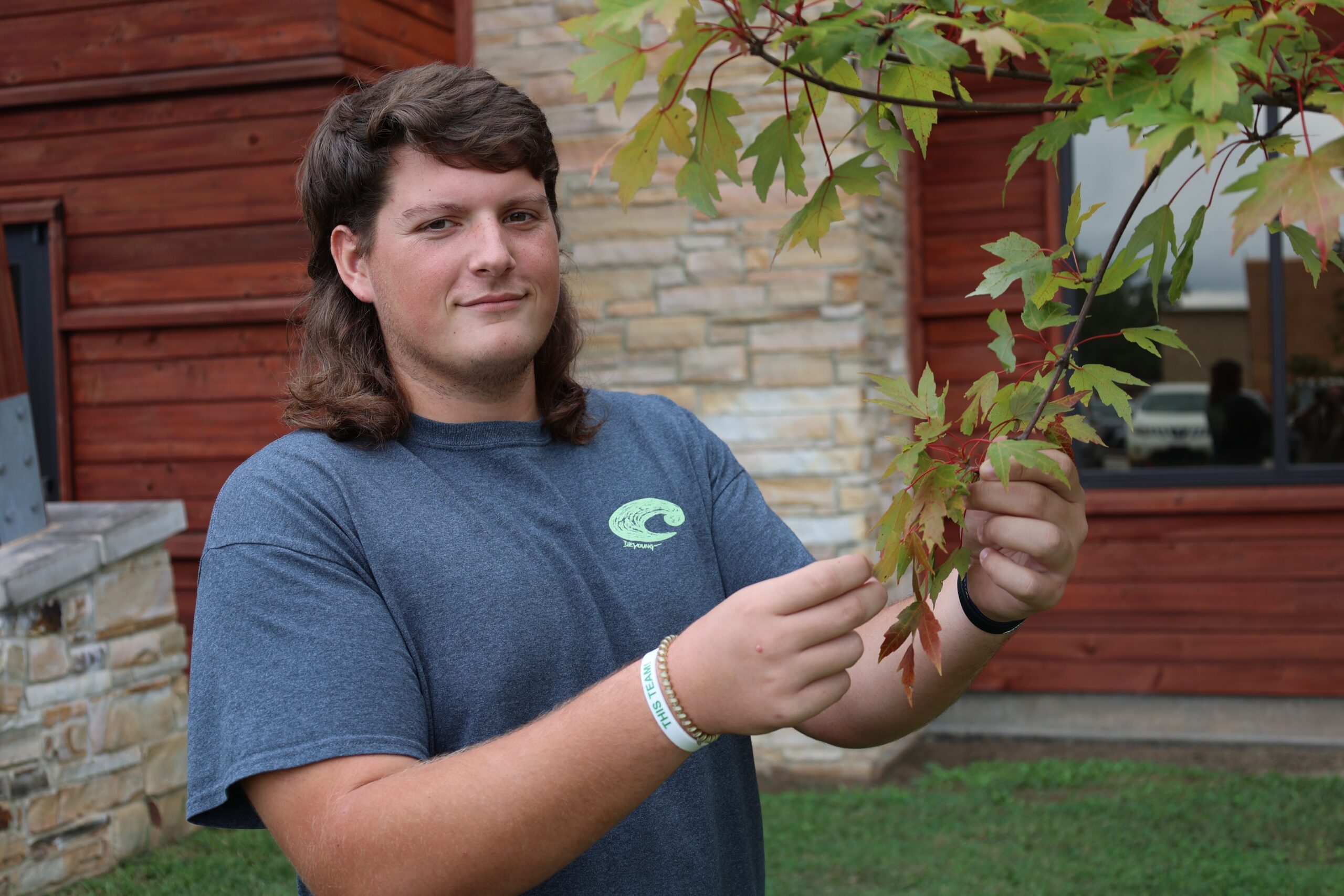 Gavin Clements was never really exposed to pine forests while growing up. Where Gavin comes from in south Louisiana, it’s mostly swamps and marshes. So, it might seem strange that he would come to the University of Arkansas at Monticello and major in forestry.

Clements came to UAM from Thibodaux, Louisiana, on a partial scholarship to play football for the Boll Weevils. Clements is a sophomore offensive lineman on the Weevil football team. Since his football scholarship is only a partial award, Clements was looking for other financial opportunities. He received an email from Dr. Matthew Pelkki encouraging him to apply to the Arkansas Forestry Association Education Foundation.

Pelkki wrote in a letter to the scholarship committee:

“Last year, during the fall semester, Gavin came to my office and wanted to talk about careers in forestry and what kind of work he would be doing as a forester. We had a fairly long discussion. The next day, two of Gavin’s friends asked to see me and told me that Gavin had told them of the exciting opportunities a degree in forestry offered.

These two students were asking about transferring to the College of Forestry, Agriculture and Natural Resources.

“I don’t know if they actually followed through with the transfer, but I was impressed that Gavin was so enthusiastic about his major that he told his friends about it. That is the kind of person Gavin is. He is very responsible and respectful, humble and enthusiastic. He has all the personal traits one would want in a professional forester, and he has the energy and enthusiasm to undertake a very demanding academic program while participating in collegiate athletics.”

In addition, Clements said hurricane Ida recently hit his parents’ home and that this Arkansas Forestry Association scholarship would help him from applying for a loan. He was beyond thrilled when he learned he had received the $1000 Arkansas Forestry Association Scholarship for the fall 2021 semester. To qualify for the scholarship, a student must be majoring in Natural Resources with a declared option of Forestry. The student must also have a minimum grade point average of 2.75. Clements has a 3.61 while taking a heavy course load.

“Gavin is on the football team, and as you can imagine, the time commitment required of any student-athlete is extremely high, and the travel times often conflict with courses meaning lectures and labs that have to be made up, often with the student lacking the full benefit of in-class instruction,”, said Pelkki.

In addition, a short statement about why the applicant is interested in forestry is required.

In his application, Clements wrote:

“I’m interested in the field of forestry because the forest is one of the most important things in keeping this planet going. Forest supports millions of creatures and plants. Without the forest, many activities like hunting and camping wouldn’t exist. That’s why we must conserve the forest and keep it for future generations.

The award will be announced at this week’s Arkansas Forestry Association state meeting in Rogers Thursday. However, since Clements has football commitments with a game upcoming Saturday, he won’t receive the award in person. Luckily the scholarship check arrived last week. College of Forestry, Agriculture and Natural Resources dean Michael Blazier presented the check outside the Clippert Forest Annex.