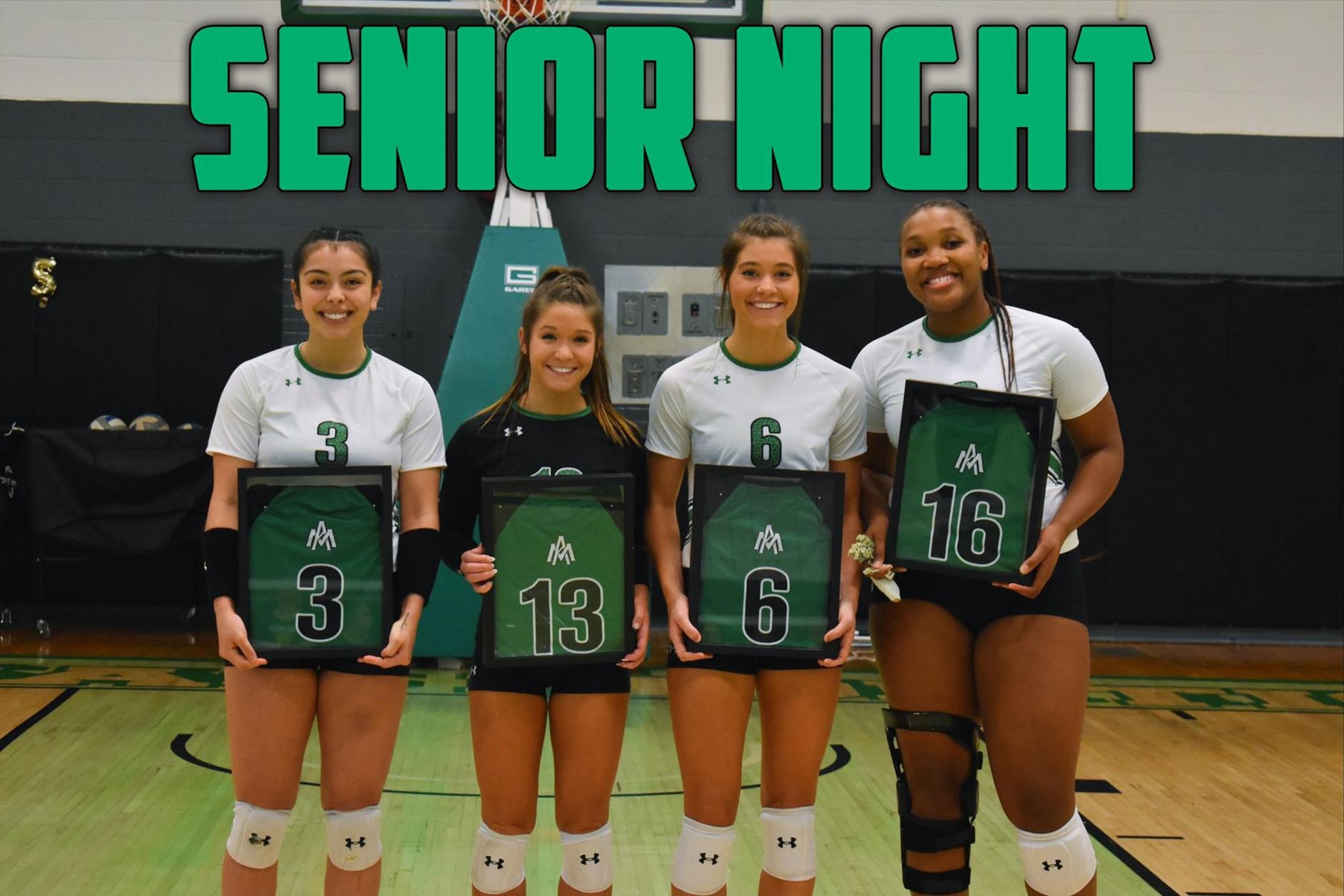 UAM moved to 9-19 overall on the season with and 3-12 record in conference play after losing to the Golden Suns.

Though the Blossoms fell in three sets, each set was jam packed with an energy you’d expect to see from a Senior Night match. The team came out excited to play, hungry for a win, and most importantly, looking to have fun.

The opening set went back and forth on score for majority of the set. Arkansas Tech may have been the first on the board, but there was no clear winner until the last handful of points. Between the Blossoms and Golden Suns, the score was tied 16 separate times and saw five separate lead changes. ATU would score the last few points to win the set 25-21.

In the second set began with UAM taking a commanding lead of 8-1. The Golden Suns kept their composure and began chipping away at the Blossom lead bit by bit as the set went on. With a 17-9 lead, UAM looked confident in their game. Arkansas Tech would find themselves a pair of 4-0 runs though and pushed their way back into contention. The Blossoms could not put the remaining pieces of the puzzle together and dropped the second set 25-23.

The third set started very similar to the second as UAM was quick to take a 4-2 lead. As the set went on, the Blossoms couldn’t keep up with the Golden Suns. Arkansas Tech would score the final point and close out the match 25-19.

Jamie Agnew led the Blossoms in kills with 16.

Defensively, the Blossoms were led by Katelyn Richbourg pacing the team with 16 digs.

UAM hosts their final home game of the season with a GAC matchup with Harding University Thursday, Nov. 11. First serve is at 6 p.m.