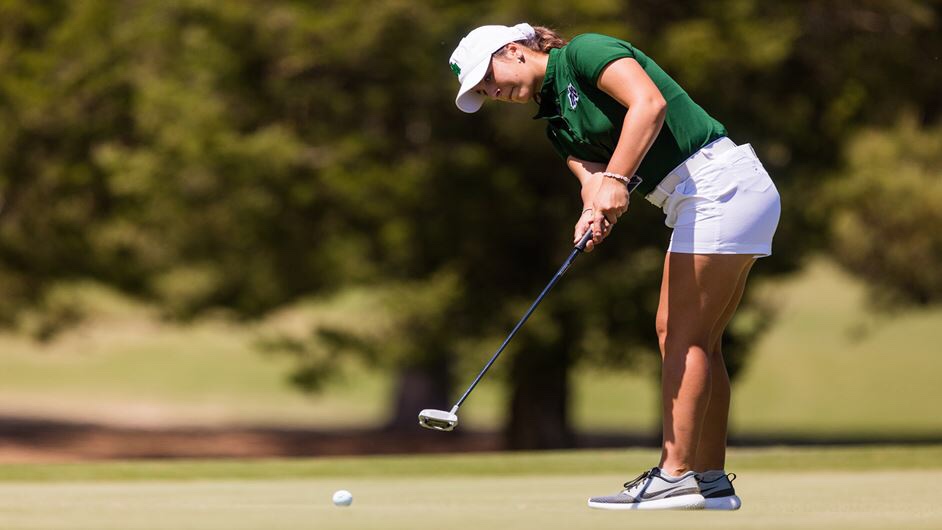 HOT SPRINGS, Ark. – Chiara Sturaro did not let the windy conditions disrupt her play on the course today as she executed her iron shots and putts to perfection to claim first place in the individual standings of the NCAA DII Central Region Preview this afternoon. Sturaro helped lead the UAM women’s golf team to a fifth-place team finish as the Blossoms put together a terrific round on the final day of the tournament.

Sturaro fired a final-round 72 to put the sophomore in a playoff hole against Arkansas Tech University’s Jacqueline Klemm for the top spot in the individual standings of NCAA DII Central Region Preview. Sturaro kept her composure in the playoff hole and came out victorious to claim the top spot at the Hot Springs Country Club this afternoon.

Worawalan Siwaiyapram and Gabriela Maldonado continued their consistent play as each golfer fired a final-round 76 to finish in a tie for 18th.

Shehna Akbary finished three strokes better than her first 18 holes at the Hot Springs Country Club to record a 157 two-day total, while Kensley Miller turned her scorecard in with a final-round 83.

UP NEXT
The Blossoms look to continue their strong play on the links at the Ranger Fall Invite on Oct. 18-19. The two-day competition will be held in Alva, Oklahoma.