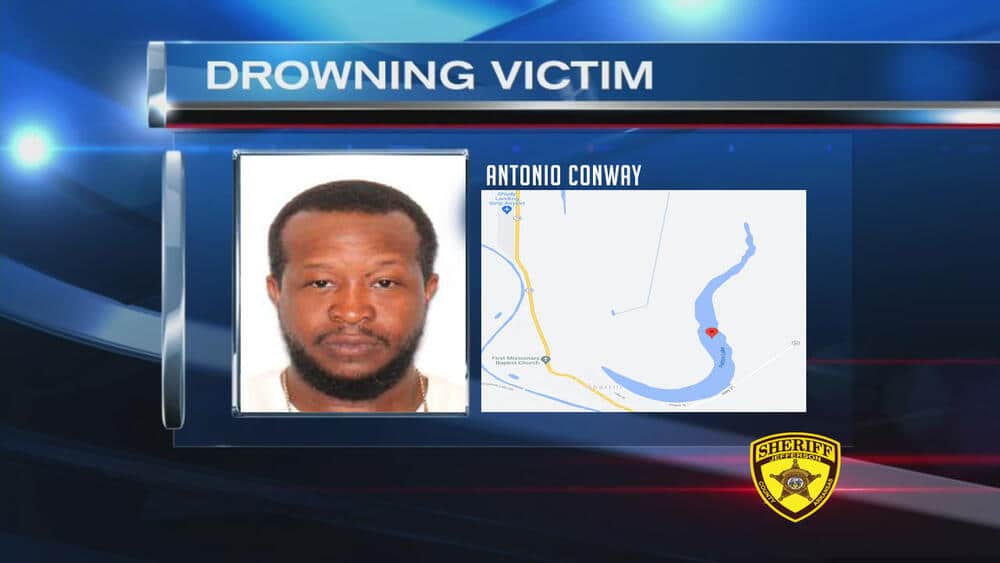 The body of a man now identified as 38-year-old Antonio Conway has been recovered from Patton Lake, near Sherrill, Arkansas.

Deputies from the Jefferson County Sheriff’s Office (JCSO) were dispatched to Patton Lake after a passerby contacted 911 and notified dispatchers of what he believed to be a body floating in Patton Lake. The initial discovery was made sometime between 11:40 a.m. – 11:45 a.m., at which time JCSO Marine Patrol Unit was activated and responded immediately to the scene.

Upon arrival a short time later deputies and investigators launched a vessel from one of JCSO’s Marine Patrol fleet in Patton Lake. At approximately 12:57 p.m., Conway’s lifeless body was recovered from the lake.

The Jefferson County Coroner Office was notified of the discovery. Deputy Coroner Eric Belcher arrived on the scene, where he pronounced Conway deceased.