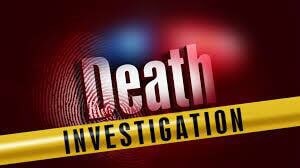 The Jefferson County Sheriff’s Office Internal Affairs Division (IAD) is nearing completion of an investigation into the death of a detainee, Dezman X. McBride.

Dezmen X. McBride, 18, who was arrested on May 21, 2021, for Terroristic Act was being held at the Jefferson County adult jail, the W.C. “Dub” Brassell Detention Center (DBDC).  On June 5, 2021, DBDC staff recognized that Mr. McBride was not feeling well and requested an ambulance to transport him to Jefferson Regional Medical Center.  Mr. McBride later died at the hospital.

The cause of death was not immediately apparent and an administrative investigation began on the same day.  McBride’s body was sent to the Arkansas State Crime Laboratory for an autopsy to be performed by the State Medical Examiner to determine the cause and manner of death.

The Jefferson County Sheriff’s Office was notified on today, August 10, 2021, that the unofficial preliminary results of autopsy by the Medical Examiner’s Office of the Arkansas State Crime Lab has listed the cause and manner of death as “undetermined”.  The status of “undetermined” means that after thorough investigation the findings do not give any conclusive facts to account for the cause or manner of death.  The final, official autopsy report has not been sent yet.

The preliminary results of the autopsy were disappointing because we all want answers as to why Mr. McBride died.  Our commitment is firmly centered on the health and welfare of all of the detainees.  We continue to offer our deepest condolences to the family and lift them in our prayers.

The investigation, so far, has not revealed any findings of any criminal or administrative wrong doing.  However, the investigation has not been closed yet as it is not complete and is actively ongoing.  Until official results of the autopsy are received and the multiple statements and interviews are processed the investigation will remain open.