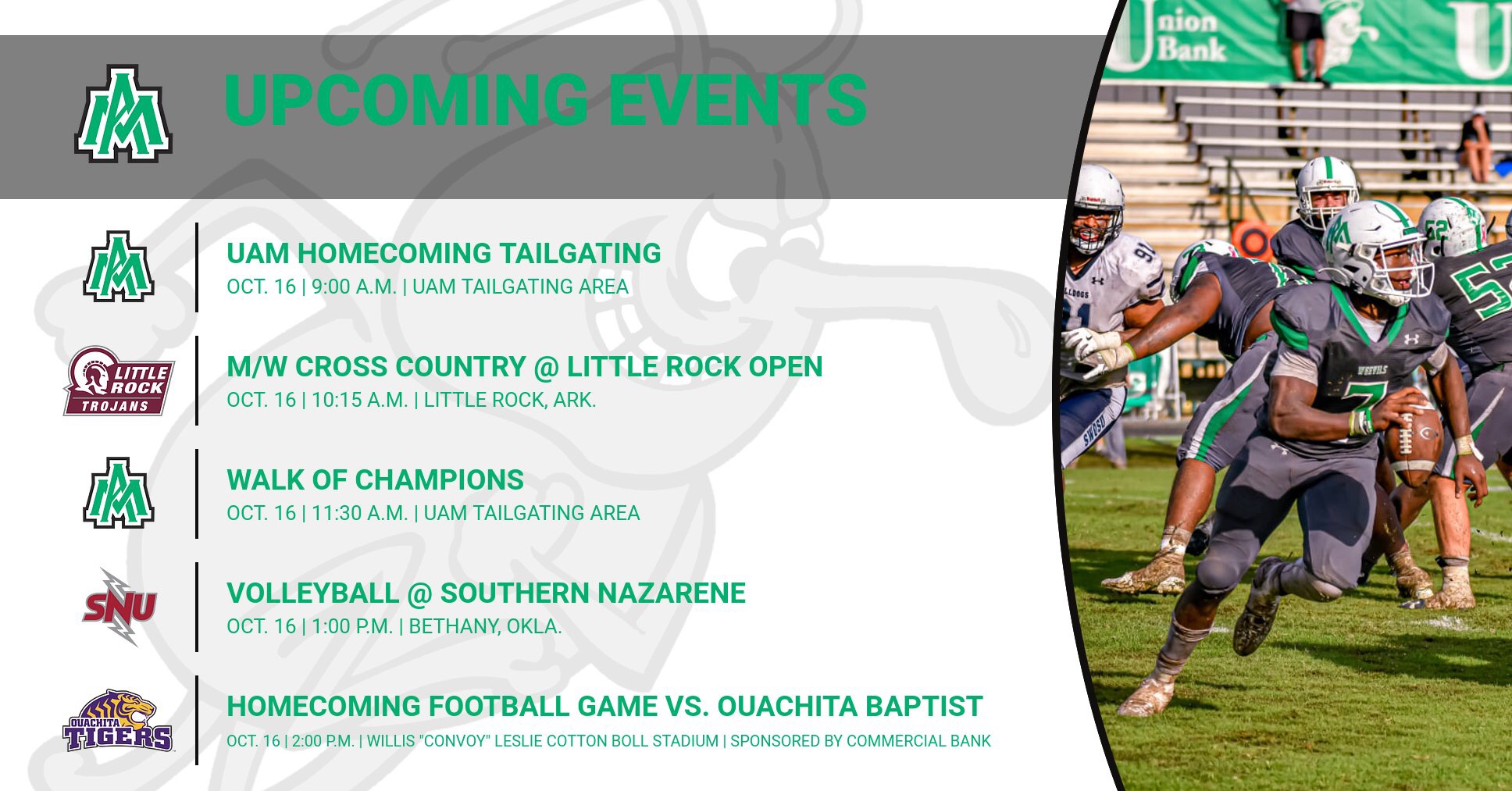 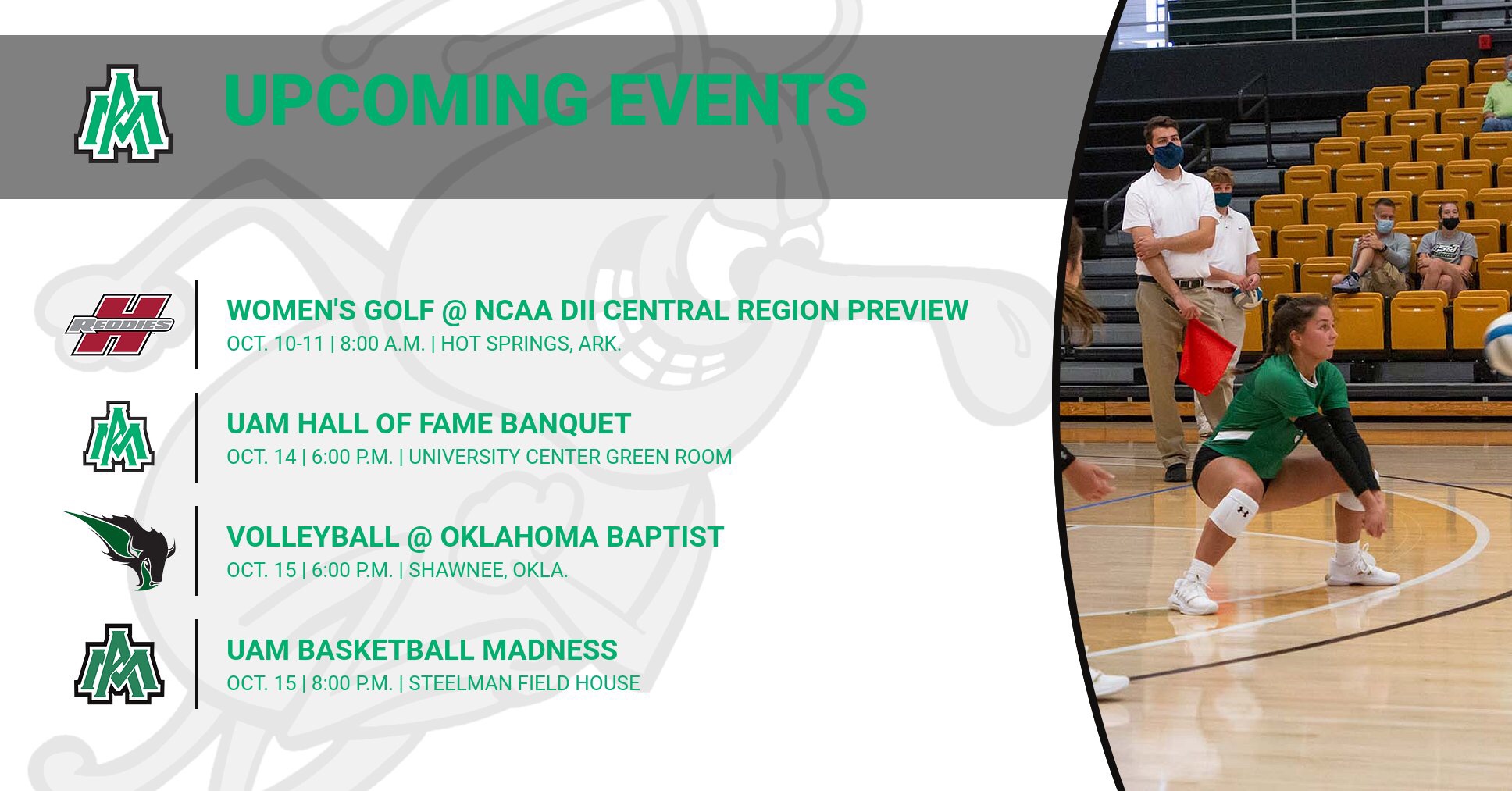 The UAM men’s and women’s basketball teams will hold a 3-pt. shootout, dunk contest, and intrasquad scrimmage that is open to the public to watch.

The UAM volleyball team travels to Oklahoma for a pair of conference contests on Friday and Saturday.

The UAM men’s and women’s cross country teams compete this week in the Little Rock Open at War Memorial Park.

All former UAM student-athletes are encouraged to come to the tailgating area to enjoy good food, fun, and the Walk of Champions in preparation for the UAM football game.

UAM hosts Ouachita Baptist University for the Hall of Fame Game sponsored by Commercial Bank this weekend. The showdown between the Weevils and the Tigers is scheduled during Homecoming for a 2:00 p.m. kickoff.