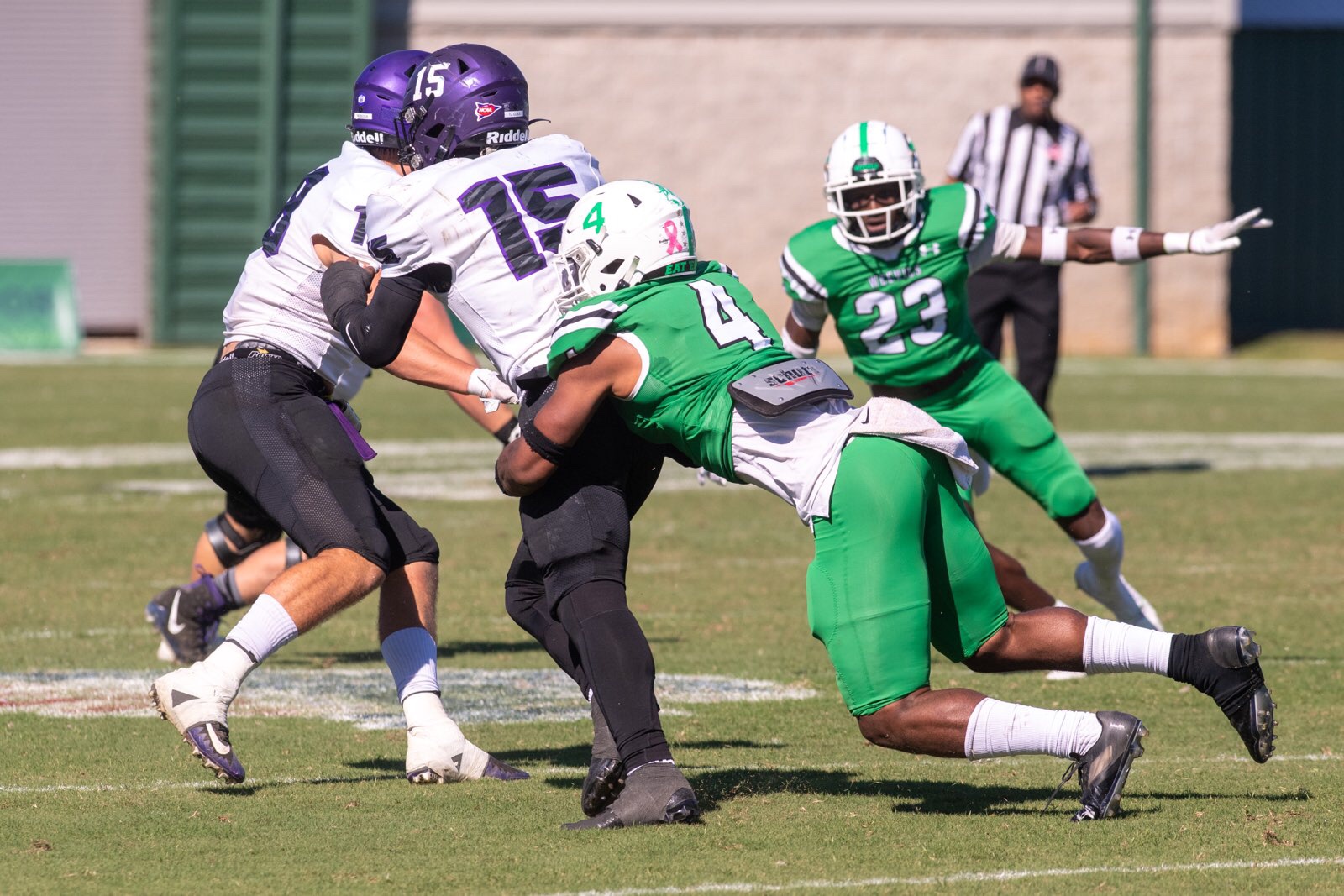 MONTICELLO, Ark. – The University of Arkansas at Monticello football team dropped its first contest in four weeks when the Weevils fell at home to #11 Ouachita Baptist Saturday. The UAM defense struggled to stop the Tigers when they made pushed down the field, ultimately losing the game 34-0.

Demilon Brown found himself searching for answers all day as he was just 8-for-22 for 93 yards.

Jonero Scott was the team’s top rusher with 28 yards gained for the Weevils.

In the first half, UAM struggled to get anything going offensively, totaling just 52 yards and 6 failed drives to soften the blow.

Ouachita Baptist kept UAM’s offense off the field for most of the second quarter rushing the ball 14 times for 143 yards and eating up 8:23 seconds of clock. The Tigers’ run game also helped push across 17 points and OBU took the lead into the break, 31-0.

At the start of the second half, Ouachita Baptist started with the ball and UAM held them as they were forced to punt on fourth down in Ouachita Baptist territory on their first drive. However, UAM’s following drive amounted to just eight plays and 53 yards as the Boll Weevils punted.

That was the same story for both teams as they combined for just five drives in the third quarter, but were scoreless as we headed to the fourth with UAM still trailing, 31-0.

The fourth turned out to be more of the same with the final points of the game coming from a Ouachita Baptist field goal on their first run. UAM and OBU combined for six drives and OBU held on for the win, 34-0.

With the loss, Arkansas-Monticello falls to 4- overall and 4-3 in Great American Conference play. Ouachita Baptist improves to 6-1 and 6-1 in GAC Games.

The Weevils hit the road to face Harding in Searcy, Ark. Saturday, Oct. 23. Kickoff is scheduled for 3 p.m.