The Arkansas-Monticello baseball team split the day with Oklahoma Baptist University on Saturday afternoon to claim a series win over the Bisons. The Weevils came out of the first game of the day with a 10-9 win after 13 innings, and finished the final game of the series with a 5-0 lose to OKBU.

Game 1
The Oklahoma Baptist team was the first on the board when they scored 5 runs in the top of the second inning on a handful of very timely hits.

Grant Jeffers drilled a line drive triple down the left field line in the bottom half of the inning to bring home David Reyna for UAM’s first run of the ballgame.

The Bisons found 2 more runs in the fourth inning, driving in a run on a double down the right field line and a passed ball before the inning came to a close.

Jordan Johnson was able to score on a Nick Fakouri ground ball and Reece Reading touched the plate on a double to left field from David Reyna in the seventh. The Weevils continued this rally when DeShaun Cordova and Grant Jeffers each drove in a run on ground balls through the left side of the infield; Cordova drove in Reyna and Jeffers brought in Cordova.

Cade Thompson scored the Weevils seventh run of the ball game in the eighth inning on a Nick Fakouri line drive to left field, followed by BJ lee scoring on a wild pitch for UAM to tie the game at 8. The Weevils regained the lead from the Bisons when Fakouri came home on a bases loaded walk for Grant Jeffers, giving UAM a 9-8 lead heading into the ninth.

The OKBU offense wasn’t finished, as they would score a run in the top of the ninth to tie the game back at 9. UAM was unable to answer and the game was sent into extra innings.

Cade Thompson walks it off in the bottom of the thirteenth inning with a ground ball up the middle to score DeShaun Cordova.

The Weevils would win the match 10-9, declaring a series win.

Game 2
After a scoreless inning from both teams, Oklahoma Baptist was the first team on the board for the second time today, scoring 2 runs in the top of the second.

The Bisons stacked another 3 runs onto their lead in the fourth inning with a solo home run and a 2 RBI double.

The Weevils were unable to put a run on the board, eventually falling to OKBU, 5-0.

Spencer Johnston started Game 2, dishing out a full game, 7.0 innings pitched for the Weevils. He struck out a total of 3 batters, while allowing 5 runs on 7 hits.

The split on the day pushes Arkansas-Monticello to 20-21 on the season, with a 15-15 record in GAC play as they look forward to their final conference series of the year against rival Southern Arkansas University.

Up Next
Arkansas-Monticello is back on Tuesday, Apr. 26 as they travel to Clinton, Mississippi for a mid-week game with Mississippi College. The match is set to begin at 5:00 p.m.

We’d like to give a big shout out to today’s game day sponsor, Union Bank. Union Bank recently donated $50,000 to the UAM Performance Center Campaign. Thank you for your continued support of UAM Athletics! 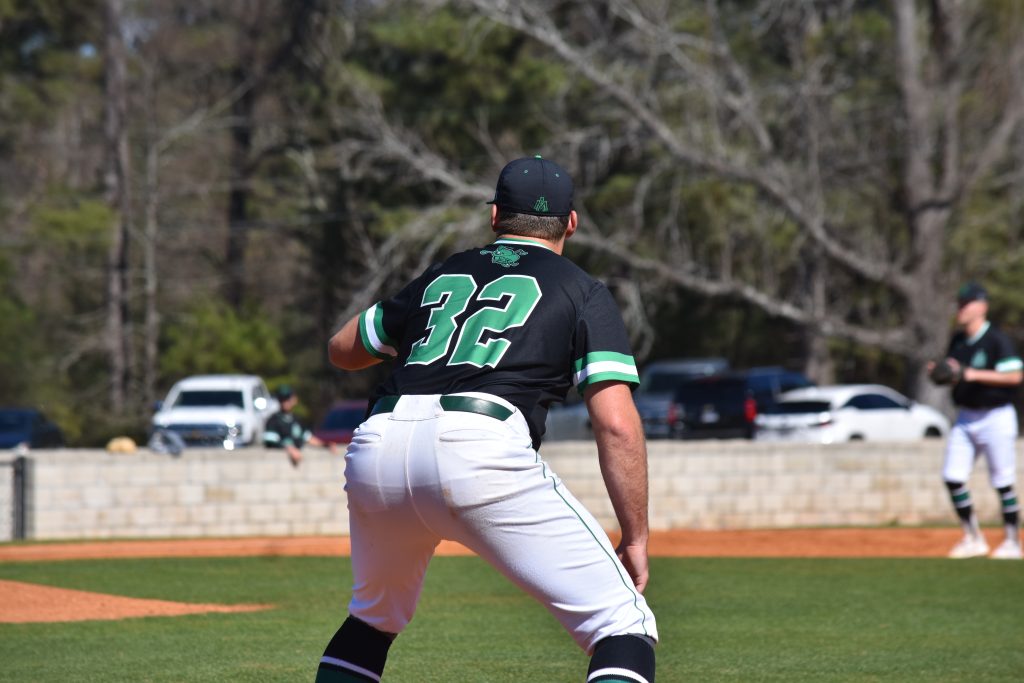